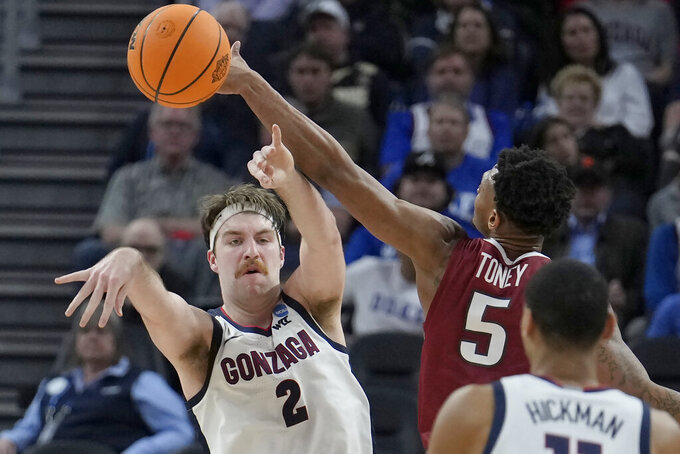 Gonzaga forward Drew Timme (2) passes the ball against Arkansas guard Au'Diese Toney (5) during the second half of a college basketball game in the Sweet 16 round of the NCAA tournament in San Francisco, Thursday, March 24, 2022. (AP Photo/Tony Avelar) 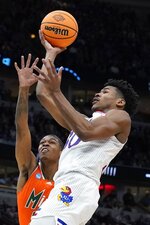 The Los Angeles Athletic Club announced the finalists Wednesday. The winner will be announced April 5 on ESPN’s “SportsCenter.”

The finalists have been invited to Los Angeles for the 46th annual presentation on April 8.

The Wooden Award All American Team comprised of the 10 players who were the top vote-getters also was announced. Joining the five finalists were Kofi Cockburn of Illinois, Chet Holmgren of Gonzaga, Jaden Ivey of Purdue, Bennedict Mathurin of Arizona and Jabari Smith of Auburn.

Voting took place from March 14-21 during the early rounds of the NCAA Tournament.