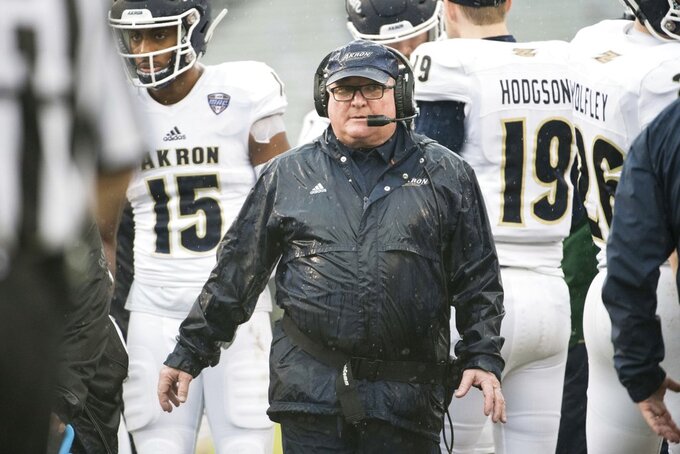 Akron head coach Terry Bowden walks back to the sideline after a timeout during the first half of an NCAA college football game Saturday, Dec. 1, 2018, in Columbia, S.C. South Carolina defeated Akron 28-3. (AP Photo/Sean Rayford)

Athletic director Larry Williams announced Bowden's dismissal on Sunday, a day after the Zips were beaten 28-3 by South Carolina to finish 4-8. Bowden went 35-52 at Akron, including a 23-33 record in Mid-American Conference play and led the Zips to two bowl appearances.

Williams thanked Bowden for bringing respectability to the program but said after a thorough review "it is clear that we need to make a change if we are going to consistently achieve at an even higher level."

Bowden, who led Auburn to an 11-0 season in 1993 and worked for a period in TV, said it "saddens me that I will not be able to work through this with my coaches and players. But the university feels it is time to bring in new leadership and a new direction."