Aluma leads Virginia Tech to a 74-47 rout of Pittsburgh 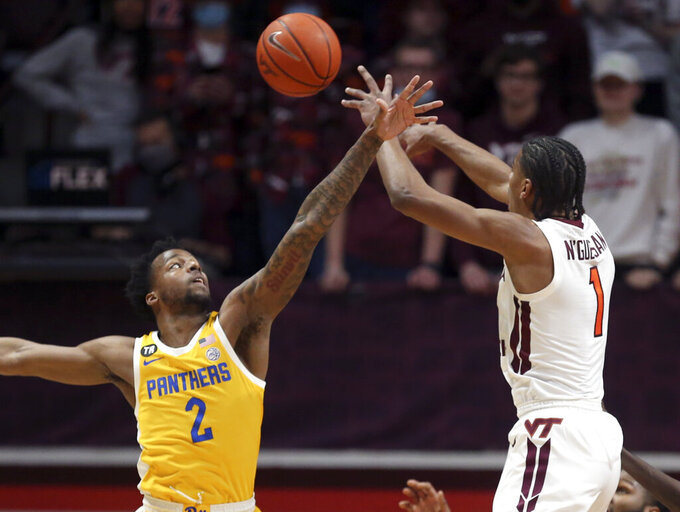 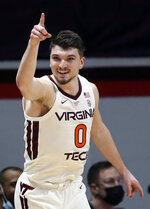 The Hokies have won four straight games, and play their next three games at home. Pittsburgh lost for the fourth straight time.

Mouhamadou Gueye hit a 3-pointer two minutes into the game and John Hugley followed with a layup to give Pitt a 5-0 lead, but Virginia Tech answered with 17 straight points and held a 35-17 lead at intermission.

Virginia Tech was 13 of 27 from 3-point range and six players knocked down at least two 3s. Nahiem Alleyne led the way from distance, hitting 3 of 5 and scored 11 points. Aluma was 2 of 3 from deep and grabbed six rebounds. Hunter Cattoor added 12 points and six boards.

Femi Odukale led the Panthers with 16 points and four assists. Gueye was 5 of 7 from 3-point range and totaled 15 points.