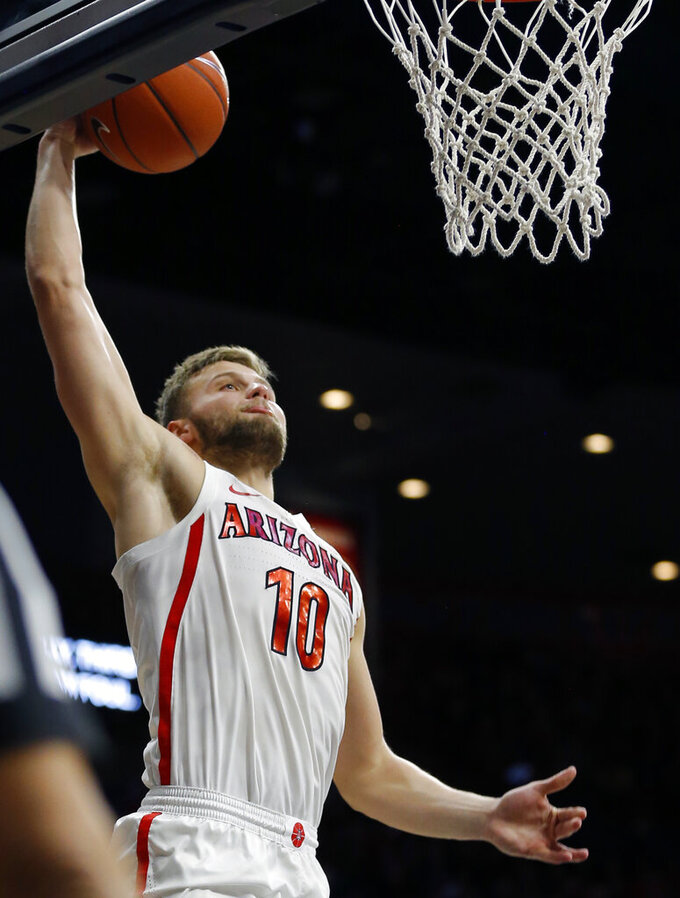 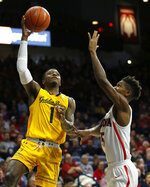 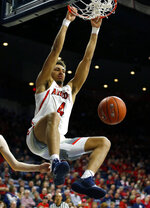 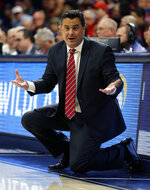 TUCSON, Ariz. (AP) — A hot Ryan Luther and a dose of confidence was just what Arizona needed to end a long losing streak.

Luther scored eight of his 19 points during a key second-half stretch and the Wildcats rolled over California 76-51 Thursday night to end their longest losing streak in 36 years.

"I'm stepping in with confidence," said Luther, who made 7 of 10 shots. "My coaches and teammates give me confidence and want me to shoot, so when I'm open I've got to shoot those."

Mired in an ugly slump, the Wildcats (15-12, 6-8 Pac-12) were solid defensively all night and turned on the offense in the second half to end a seven-game losing streak.

Arizona's bench scored 31 points and the Wildcats made 17 of 29 shots in the second half for its first win since Jan. 19.

Luther led the second-half charge with 13 points and went 5 for 8 from the 3-point line overall.

The senior has been on a roll lately, making 16 of 33 of his 3-pointers the past three games.

The key: being told by Arizona's coaches to shoot more.

"He's unselfish to a fault. Off the court, that's awesome, but on the court his greatest weapon is his ability to shoot it on a team that doesn't shoot well," Wildcats coach Sean Miller said. "When he gives up an open 3 and makes one more pass to a player that has a worse percentage than him, it's actually selfish, if you think about it. We need more players to shoot the ball like him."

Justice Sueing had 18 points for the Bears, who may be trying too hard to win.

"They're pressing a little," Cal coach Wyking Jones said. "Guys want to make plays and they want to get back into the win column so bad that we're not allowing ourselves to slow down and make the right play."

Since then, the Wildcats have gone in tailspin, losing eight of nine to go from NCAA Tournament longshot to hoping for an NIT berth.

The Bears continued their slide after playing Arizona, losing nine straight to stretch their winless streak to 14 games.

The Wildcats got better.

Arizona had similar troubles at the arc, going 4 for 15. The Wildcats made up for it by making 6 of 11 inside the arc and getting 15 points from their bench to lead 30-20.

"Luther got hot and we allowed him to get too many open shots and that was the difference in the game," Jones said.

Cal could be looking at a winless run through the Pac-12 if it doesn't solve its offensive issues.

Arizona played the kind of game it needed to end a long losing streak, shutting down the Bears all night and finding its offensive flow in the second half.

Part of the reason for Arizona's losing streak has been the absence of Brandon Williams.

The freshman point guard has missed six straight games with a sore knee, leaving the Wildcats without one of its best shooters and ball handlers.

Miller said there's a slight chance Williams could be available for Sunday's game against Stanford, but next week is a more likely return.

Luther passed up an open 3-pointer in the second half and drove to the basket for a dunk.

Luther made the shot, but took a lot of ribbing from his teammates and his coach, who's Pittsburgh like he is.

"When he jumps, I never think he's going to dunk," Miller said. "The ball's going to hit the front of the rim, he's going to land flat on his back. He surprises you once in a while; that's for sure."