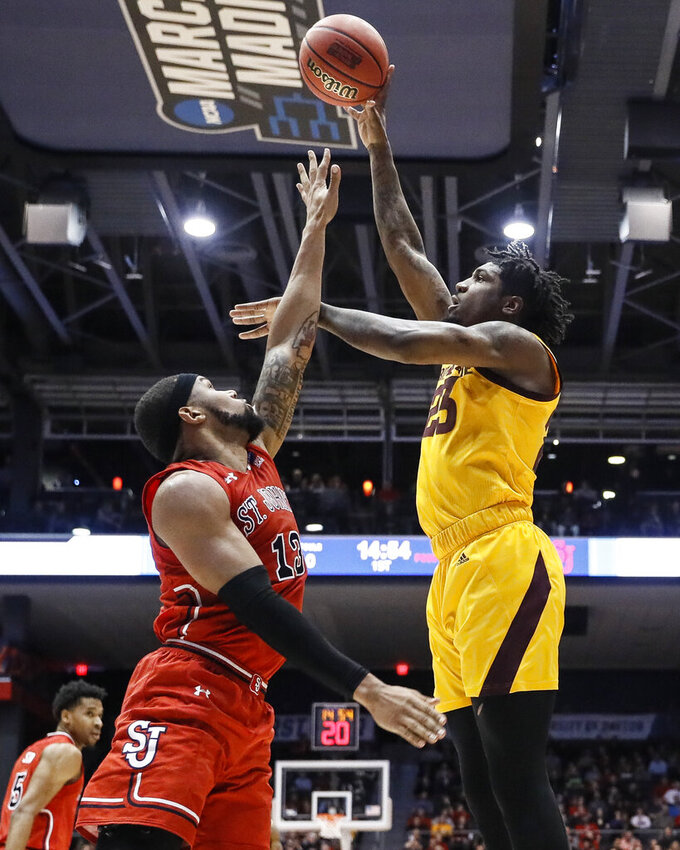 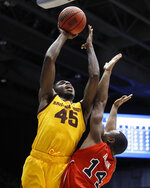 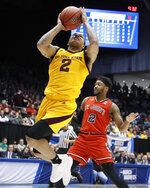 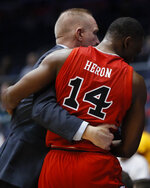 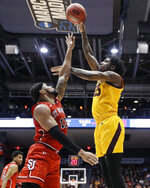 DAYTON, Ohio (AP) — A freshman guard overcame a frightful fall and helped Bobby Hurley — a two-time champion guard at Duke — get his first NCAA Tournament win as a coach.

Luguentz Dort shook off knee and hip injuries from a hard fall, scored 21 points and led the Sun Devils to a long-awaited NCAA Tournament victory Wednesday night, 74-65 over St. John's in the First Four.

The 11th-seeded Sun Devils (23-10) will play Mid-American Conference champion Buffalo on Friday in the West Region, coming off their first NCAA tourney win in 10 years.

"It was just great," Dort said. "At the beginning of this year we knew that we wanted to do something special."

Hurley's first NCAA Tournament win as a coach was a family affair. Brother Dan, the head coach at UConn, was on hand for support.

"We're so close, and we talk so much," Hurley said. "And I'm sure he's very familiar with our team and our players. Just getting a chance to spend time with him this afternoon a little bit — it means everything that he took the time out."

The Pac-12 was 0-3 in the tournament last season, with two teams — Arizona State and UCLA — falling in the First Four. Arizona then got knocked out in the round of 64.

The Pac-12 got three teams in again this year, with Oregon and Washington joining the Sun Devils.

St. John's (21-13) was the last team picked for the tournament, sneaking in despite a late-season fade. The Red Storm wound up one of the first ones out as well.

"It was probably one of our worst games of the season overall," coach Chris Mullin said.

Arizona State's physical defense brought the Red Storm to a halt. St. John's missed 17 of its first 23 shots as the Sun Devils built an 18-point lead . A technical foul on Hurley as he argued over a blocking foul with 25 seconds left in the half helped St. John's trim the deficit to 38-25.

Ponds had a steal and dunk as St. John's cut the lead to 40-33 early in the second half while Dort was on the bench getting his lower right leg treated. The freshman guard landed hard after extending for a rebound and getting fouled. Mustapha Heron was called for a flagrant foul.

Dort returned and hit a pair of free throws and a layup that blunted the Red Storm's comeback . His fast-break layup rebuilt the lead to 16 points.

Ponds hit a 3-pointer as St. John's made a final surge, cutting it to 62-55 with 3:58 left. Dort made a pair of free throws that helped finish it off.

St. John's: The Red Storm opened the season with 12 wins, their best start since the 1982-83 season, but faded at the end, losing five of their last six.

Arizona State: Hurley won national titles with Duke in 1991-92 and has shown his team video of the Final Four when he thought it could use a boost. In his fourth season at Arizona State, he has led the Sun Devils to their first back-to-back NCAA Tournament appearances since 1980-81.

Arizona State point guard Remy Martin hurt his groin during a loss to Oregon in the semifinals of the Pac-12 Tournament. He played 23 minutes, scored six points and had three assists with six of the Sun Devils' 21 turnovers.

The teams combined for 21 field goals and 21 turnovers in the second half.

Arizona State heads to Tulsa, where it will face Buffalo.