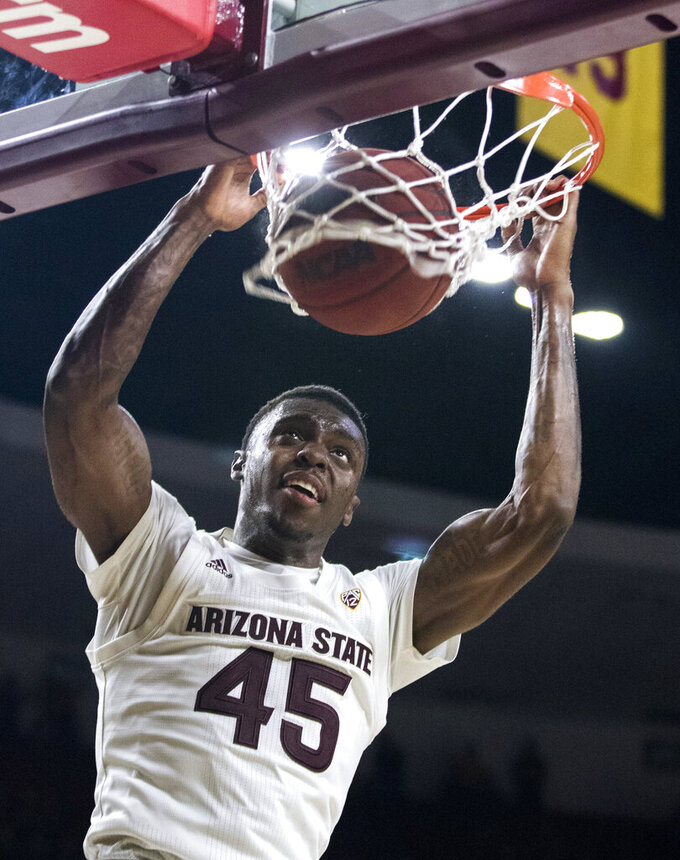 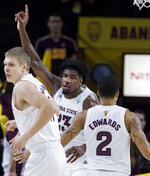 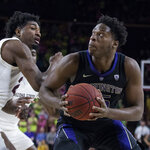 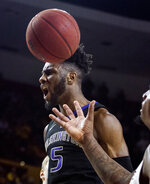 A bit of a temper tantrum? Maybe a little.

Stung by a disappointing loss two days earlier, Arizona State put together a strong bounce-back victory and handed Washington its first Pac-12 loss, knocking off the Huskies 75-63 on Saturday night.

"Some of it was childish on my part, a little bit frustrated with our ability to make shots on Thursday night," Hurley said. "That made some of the guys upset."

The Sun Devils (16-7, 7-4 Pac-12) faced what felt like a must-win game after an ugly loss to Washington State on Thursday night. Hurley lamented his team's shooting and shot selection, so he made the players end every drill in Friday's with a pass or by throwing the ball out of bounds. No shooting.

The players complained, but the tactic worked.

The Sun Devils picked apart Washington's 2-3 zone defense by getting the ball into the high post, where they could turn and shoot or kick the ball to the 3-point arc.

Arizona State shot 62 percent against the Pac-12's leader in field-goal percentage defense to overcome 24 turnovers and end Washington's 12-game winning streak. It was Arizona State's best shooting night in a Pac-12 game since 2009.

Romello White missed the second half of Thursday's game with a leg injury, but showed no ill effects against Washington, scoring 17 points on 8-of-9 shooting. Luguentz Dort added 15 for the Sun Devils, who outscored Washington 42-20 in the paint.

All after a shot-less practice on Friday.

"He's a lunatic. I don't think guys are really grasping what I'm saying," said Arizona State's Zylan Cheatham of Hurley. "He's crazy, but it was effective. Guys knew what was at stake, how important this game was."

Washington (19-5, 10-1) clicked on all cylinders in a win against Arizona on Thursday. The Huskies sputtered through most of the road trip's second game, leaving coach Mike Hopkins searching for anything to spark his team.

Washington managed to find some energy during a 10-0 run to cut an 18-point lead to seven with about six minutes, but couldn't make it all the way back.

Noah Dickerson had 18 points and David Crisp 17 for the Huskies, who shot 37 percent.

Arizona State's NCAA Tournament resume took a hit against Washington State, which had the Pac-12's second-worst record. The Sun Devils fell into a big early hole and never had a chance to recover, going 3 for 28 from the 3-point arc.

After Hurley's no-shot practice, Arizona State had no trouble getting shots to fall early against Washington, going 14 of 24 in the first half. The Sun Devils were much better defensively, too, holding the Huskies without a field goal for nearly eight minutes and 3-of-16 shooting from 3 in the first half.

The Sun Devils kept making shots to open the second half and Huskies kept missing. Hopkins called a timeout less than a minute into the half, pounding his chest and yelling "Show some heart!" after no one boxed out White on a putback.

Washington still couldn't put up much of a fight against the energized Sun Devils, who used a 9-0 run to push the lead to 50-32.

Washington went on a 10-0 run to get within 54-47 with about six minutes left, but Arizona State wouldn't let the Huskies any closer to pull out a much-needed win.

"We fought for the entire game, never gave up," Dickerson said. "We just couldn't get over the hump."

The Huskies are still in control of the Pac-12 race, but will have to regroup after a dud in the desert.

The Sun Devils played like they needed to in a must-win situation, keeping themselves in the NCAA Tournament conversation.

Nearly every Arizona State player struggled against Washington State, perhaps none more than Rob Edwards. The junior guard shot 2 of 15 and missed all seven of his 3-point attempts against the Cougars.

Edwards bounced back nicely against Washington, scoring 12 points on 5-of-9 shooting with eight rebounds.