Arizona's Nnaji declares for NBA draft after one season 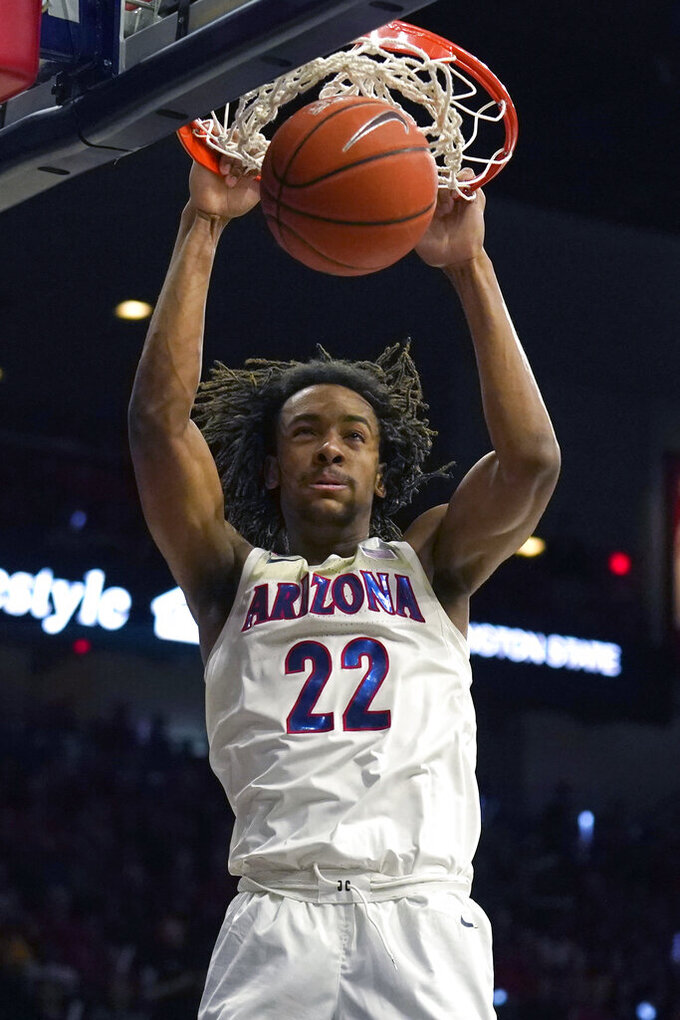 TUCSON, Ariz. (AP) — Zeke Nnaji has declared for the NBA draft after one productive season at Arizona.

"After much prayer and deliberation with my family, I have decided to make myself available for the 2020 NBA draft," Nnaji tweeted Tuesday.

Nnaji didn't arrive in Tucson with the same hype as fellow freshmen Nico Mannion and Josh Green, but he was arguably the best player of the three during the 2019-20 season.

The 6-foot-11 forward from Hopkins, Minnesota, dominated at times, averaging 16.1 points and 8.6 rebounds while shooting 57% from the floor. Nnaji was named Pac-12 freshman of the year and was a first-team all-Pac-12 selection.

He is projected to be selected late in the first round or early in the second round of the NBA draft.