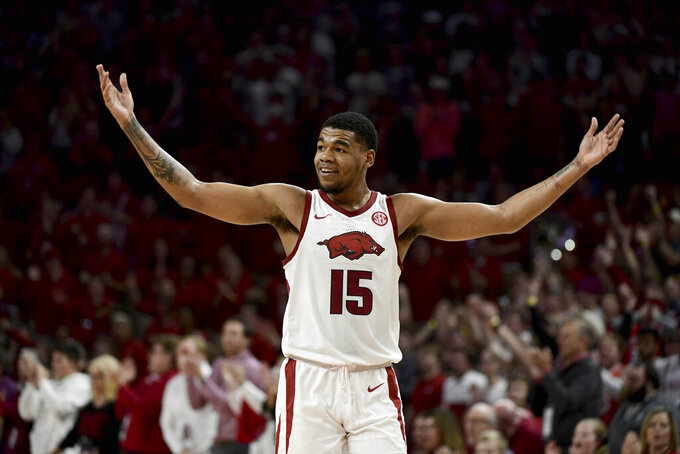 Jones made the announcement on social media Friday, and the University of Arkansas confirmed the decision with a congratulatory statement.

“Mason had a phenomenal season," Arkansas coach Eric Musselman said in the statement. “It came through hours of hard work and dedication, as well as a desire to be the best player he could be."

In the post, Jones thanked the fans and his family and close friends. He called playing in the NBA a “lifelong dream.”

“Our system gives players the freedom and opportunity to showcase their strengths, and Mason took full advantage of it to become one of the top players in college basketball this season,” Musselman said. "We fully support Mason, and any player, pursuing his dream.”