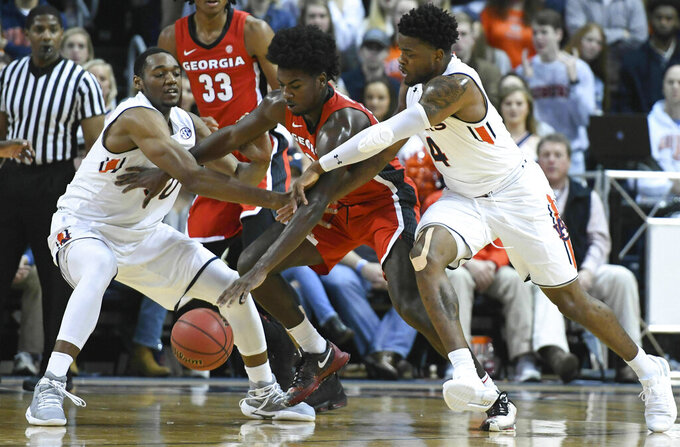 AUBURN, Ala. (AP) — Auburn center Austin Wiley is out for the Kentucky game with a lower leg injury.

Auburn announced Wiley's status before the 14th-ranked Tigers faced No. 12 Kentucky on Saturday. A spokesman says the 6-foot-11, 260-pound center "is expected to miss a couple of weeks."

Anfernee McLemore and Horace Spencer are likely to get some added playing time during his absence.

Wiley missed the opening game against South Alabama with a left foot injury.