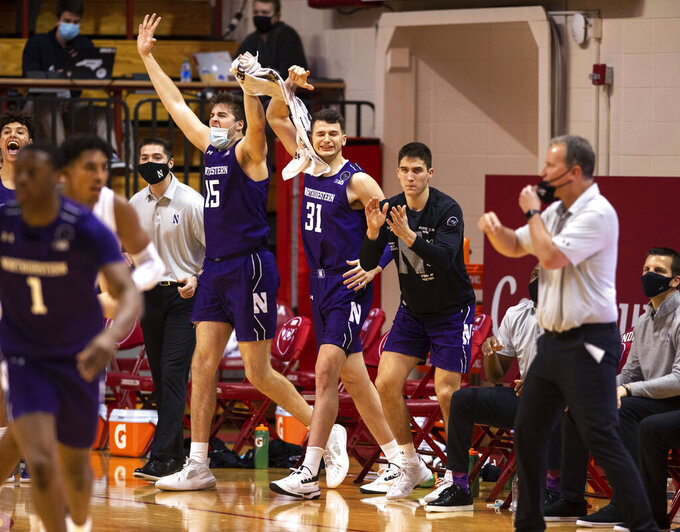 Players on Northwestern's bench react to a teammate's basket during the second half of an NCAA college basketball game against Indiana, Wednesday, Dec. 23, 2020, in Bloomington, Ind. (AP Photo/Doug McSchooler) 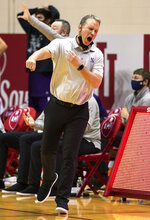 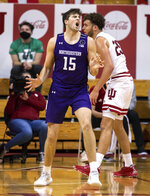 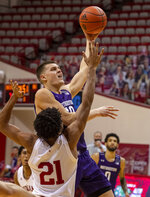 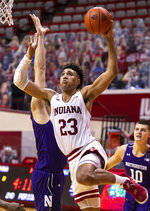 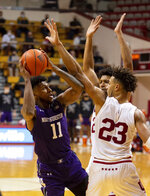 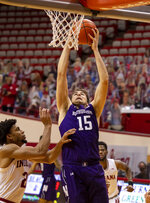 BLOOMINGTON, Ind. (AP) — Chase Audige scored all of his 17 points in the second half to lead four Northwestern players in double figures and the Wildcats beat Indiana 74-67 on Wednesday night.

Armaan Franklin's 3-pointer about nine minutes into the second half gave Indiana its first lead since it was 7-6 and Race Thompson made to free throws to give the Hoosiers a 56-52 lead with 8:56 to play. Audige answered with back-to-back baskets before Kopp and Buie sandwiched 3-pointers around a short jumper by Audige in a 12-0 run that made it 62-54 with 5:32 left and gave Northwestern the lead for good.

Five Northwestern players scored during a tiebreaking 17-3 run, capped when Pete Nance made back-to-back layups to make it 29-15 with 7:23 left in the first half. The Hoosiers used an 18-4 run — including nine points by Jackson-Davis — that spanned halftime and trimmed what had been as much as a 15-point deficit to just one, at 37-36.