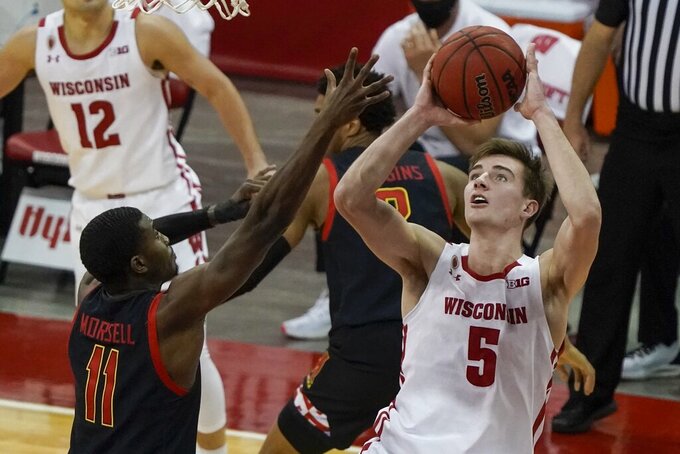 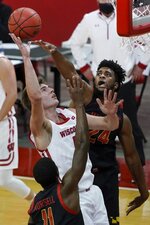 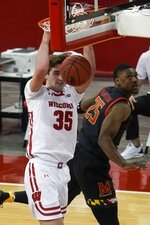 MADISON, Wis. (AP) — Maryland coach Mark Turgeon wasn’t exactly pleased that the Big Ten schedule had his team on the road for a Christmas Day game followed by a trip to Wisconsin three later.

Now, he couldn’t be happier about it.

Coming in, the Terrapins were 0-2 in the conference, including a loss at Purdue on Friday, and their wins were against the likes of Mount St. Mary’s and St. Peter’s.

But Turgeon said he’s seen a difference in his team since losing 67-51 to Clemson on Dec. 9 and the late December road trip turned into a bonding experience that may become a building block for his team going forward.

“It was probably the best thing that happened to us,” Turgeon said. “We really grew in the last five days. A lot of meetings, a lot of being together.”

Maryland outscored Wisconsin 38-20 in the paint, limiting the Badgers’ post team of Nate Reuvers and Micah Potter to just 12 points on 6-of-18 shooting. Faced with a 3-2 zone in the second half, Wisconsin began to settle for 3-pointers.

They hit 8 of 21 for the game. That’s in line with their attempts per game on the season, but they usually shoot 42 percent from the arc with Reuvers and Potter averaging nearly 25 points a game.

“Our zone pushed them out to the perimeter. I think it slowed them down a lot there for us,” Ayala said.

Maryland responded down the stretch to each run the Badgers made trying to take back the lead.

D’Mitrik Trice hit a 3-pointer with just less than 2 minutes left to pull the Badgers to 60-59.

But Donta Scott hit back-to-back shots and Ayala knocked down two free throws to put the Terrapins up 66-59 with less than 25 seconds to go. Trice was fouled on a 3-point attempt on Wisconsin’s next possession and hit all three, but the Badgers got no closer.

Trice led Wisconsin with 25 points, while Aleem Ford added 10 as the Badgers saw their streak snapped of 10 straight conference wins going back to last season. It also ended a run of 15 straight home wins.

The Badgers came in hitting 77% of their foul shots. But they struggled Monday, hitting 8 of 15. That includes missing the front end on a pair of 1-and-1s in the first half. Coach Greg Gard said in addition to leaving points at the free throw line, Wisconsin missed numerous opportunities in the post by either not seeing open post players or not trusting the pass.

“That’s been a constant all year of establishing our interior game first and letting the perimeter game play off what we establish inside. We did not do a good enough job of that,” Gard said.

Maryland: The Terrapins came into the game 0-2 in the conference with an upcoming stretch that includes Michigan, Indiana, Iowa and Illinois. It was a much-needed win in a tough stretch to open conference play.

Wisconsin: The Badgers dropped 85 points in Michigan State three days earlier. But its offense struggled to get on track at times, and its defense was shoddy. Maryland scored more than 1.1 points per possession.