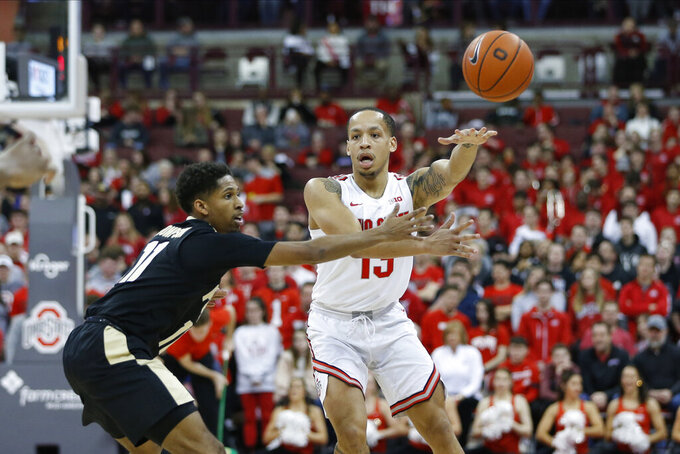 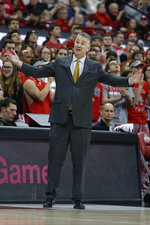 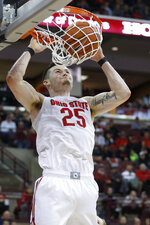 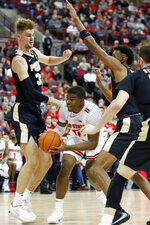 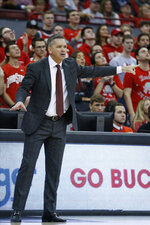 COLUMBUS, Ohio (AP) — Ohio State hit its first bucket of the game against Purdue and never looked back.

Aside from a 28-second tie at 3-3, the Buckeyes led every minute and topped the Boilermakers 68-52 Saturday afternoon for their fifth win in the past six games.

All eight Buckeyes to play hit the scoreboard, led by Kyle Young with a career high 16 points, and Kaleb Wesson had 13 and a season-high three steals. Luther Muhammad added 11.

“We knew it was going to be a fight from start to finish,” Muhammad said. “Purdue came out to play hard. The coaches were just hitting on us to compete, execute, Toughness.

“They got on us to pressure the ball a lot and really just find a way to… guard the three and control the drive.”

“Our defense was as good and as sound as we have played all year,” Ohio State coach Chris Holtmann said. “Our defensive consistency was good. Purdue puts their players in great position to make it difficult to guard. We had stretches in first half where we both missed shots and turned it over on their pressure, which they are good at. Some of that was on us; some of that was a credit to them.”

Evan Boudreaux contributed 17 for the Boilermakers, while Jahaad Proctor added 15.

Ohio State led from the opening tip but left plenty of opportunity for Purdue to stay in the game, committing nine first-half turnovers and going scoreless for more than five minutes in the first half.

But Purdue failed to capitalize, shooting just 35.2% from the field and 20% from beyond the arc.

The Boilermakers, who force more turnovers than any other team in the Big Ten, nudged Ohio State into nine in the first half. The Buckeyes ended with 16 turnovers, but forced Purdue into 16, as well.

“I thought we got some good shots in the first half… but too many turnovers in both halves,” Purdue coach Matt Painter said. “I thought we had some good shots that didn’t go down. They are a good defensive team. They do a good job being physical on your cuts. I thought at times their defense was just better than our offense.”

Both Purdue and Ohio State battled long stretches of cold shooting, but the Buckeyes caught fire late to keep their NCAA hopes alive by dispatching the Boilermakers, pulling to .500 in the Big Ten.

Kaleb Wesson’s has now scored 1,158 in his Ohio State career and surpassed Frank Howard for 40th on the Buckeyes all-time list. He has added 618 career boards, putting him 21st in school history. He is three away from passing Keita Bates-Diop for 20th in school history.

Purdue is at Wisconsin Tuesday.

Ohio State is on the road Thursday at Iowa.