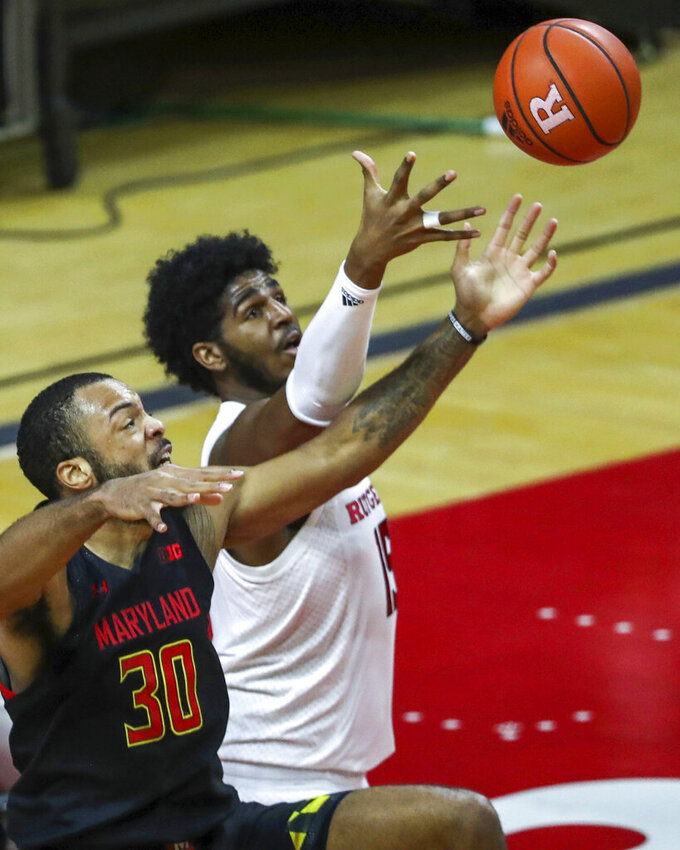 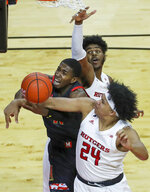 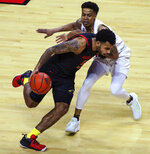 PSCATAWAY, N.J. (AP) — Aaron Wiggins led a balanced attack with 13 points and 10 rebounds and Maryland won its fourth game in eight days with a 68-59 win over Rutgers on Sunday.

Morsell, who surpassed 1,000 points in his 100th start in the last game, twice left the game with a right shoulder problem and did not play the final four minutes.

The Terrapins are only allowing an average of 59 points in their last nine games and Rutgers had to score 17 points in the last four minutes to get there.

Jacob Young scored 19 points to lead Rutgers (12-9, 8-9) but left in the game in the final minute with a left leg injury. Geo Baker added 12 points.

Maryland never let Rutgers get untracked in a game both needed to feel confident about their chances to make the NCAA Tournament. Rutgers started 6 of 9 and finished 5 of 9 but the 25 minutes in between was just 10 of 37. The Scarlet Knights also had 15 turnovers that were converted into 20 points.

Maryland scored nine straight points late in the first half to take a 28-18 lead and went into the break up 28-20.

Rutgers missed its last six shots and had three turnovers after a basket by Baker at the 5:16 mark had the Scarlet Knights within 19-18.

A quick burst in the second half had the Terrapins up 15 and they made 17 of 26 free throws after the break to keep the lead at at least two possessions. The one time the lead was cut to six Morsell answered with two quick baskets.

Rutgers is home against Indiana on Wednesday. Michigan State visits Maryland on Sunday.