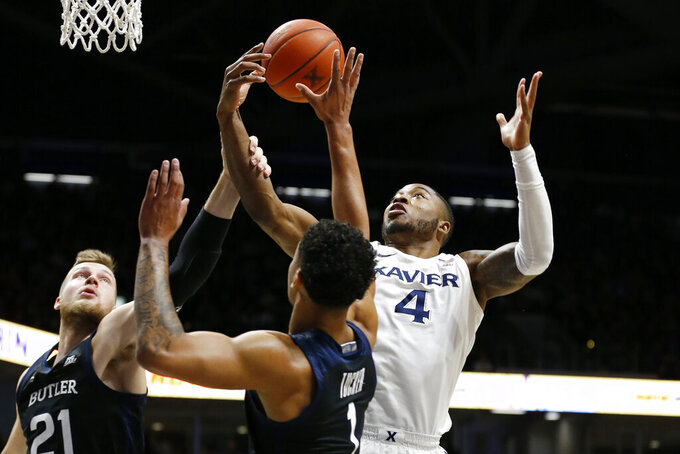 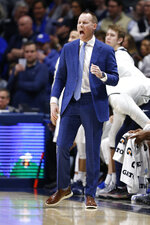 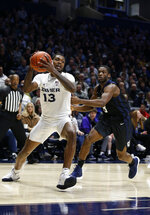 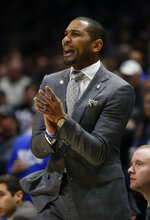 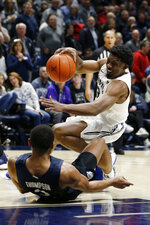 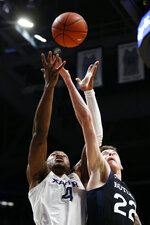 CINCINNATI (AP) — Everyone knew Kamar Baldwin would take the final shot. The only question was whether he'd drive to the basket and try to tie, or take another from long range and go for the win.

The arc opened up, and Baldwin swished it.

Baldwin scored a career-high 36 points and hit a 3-pointer with 1.2 seconds left Saturday night, rallying Butler to a 72-71 victory over Xavier.

The Bulldogs (22-9, 10-8 Big East) let a nine-point lead slip away before Baldwin rescued them, hitting all the big shots down the stretch. He finished 13 of 25 from the field, including 5 of 7 from beyond the arc.

“Kamar Baldwin was phenomenal,” Xavier coach Travis Steele said. “We've got to be a heck of a lot better. Kamar's one of the best closers in college basketball.”

He's been sensational in the clutch all season.

Baldwin scored 29 of his 31 points in the second half while rallying the Bulldogs over Marquette in overtime on Jan. 24. He hit a 3-pointer for a 79-76 win over Villanova on Feb. 5. With everything on the line Saturday night, he was looking to head to the basket but saw his preferred path cut off.

“So I just pulled up and shot it,” Baldwin said.

Xavier intended to guard Baldwin beyond the arc but gave him too much room.

“Man, he can do it all,” said Xavier's Jason Carter, who had a season-high 17 points. “He's got a mid-range game, he gets to the rim, he passes well, he knocks down big-time shots. He's just an all-around great player.”

Xavier (19-12, 8-10) grabbed a 71-69 lead on Naji Marshall's three-point play with 8.9 seconds left, but Baldwin hit another clutch shot to give Butler a three-game winning streak to finish the regular season.

“When you look at the Big East season, I can't imagine what New York is going to be like," Butler coach LaVall Jordan said. "Every team in the league is playing well right now.”

Marshall had 21 for Xavier, and Tyrique Jones had 14 points and 13 rebounds — his 21st double-double of the season, most in the Big East.

Butler suffered a setback when Sean McDermott slipped while dribbling and twisted his left ankle midway through the first half, sending him to the bench. McDermott had his third career double-double Wednesday in a 77-55 win over St. John's, with a career-high 14 rebounds.

McDermott returned a few minutes later but had a slight limp. He finished with three points and seven rebounds.

Baldwin was the only player on either team who hit shots consistently in the first half, when he scored 11 points. Xavier opened the game by missing its first eight shots and nine of its first 10.

Baldwin hit a 3-pointer and a layup as Butler inched ahead 23-18, the biggest lead by either team in a half that included 10 lead changes. Aaron Thompson had a steal and layup and a pair of free throws as Butler stretched the lead to 49-40 early in the second half.

Marshall hit a floater and scored twice off drives to the basket, and Jones made a pair of free throws that put Xavier up 56-55 with 7:30 left, setting up the frantic finish.

Butler had relied on its guards and its defense to win its last two games, holding DePaul and St. John's to 42 and 55 points, respectively. Xavier put up 71 points, but Baldwin's career game was enough.

Xavier completed a resurgent second half of the Big East schedule that got the Musketeers into NCAA Tournament consideration. After starting 2-6 in league play, the Musketeers won six of their last nine, finishing with losses to Providence and Butler.

Xavier leads the series 41-23, but Butler swept the season series. The Bulldogs won 66-61 at Hinkle Fieldhouse on Feb. 12.

Butler plays in the quarterfinals of the Big East tournament on Thursday.