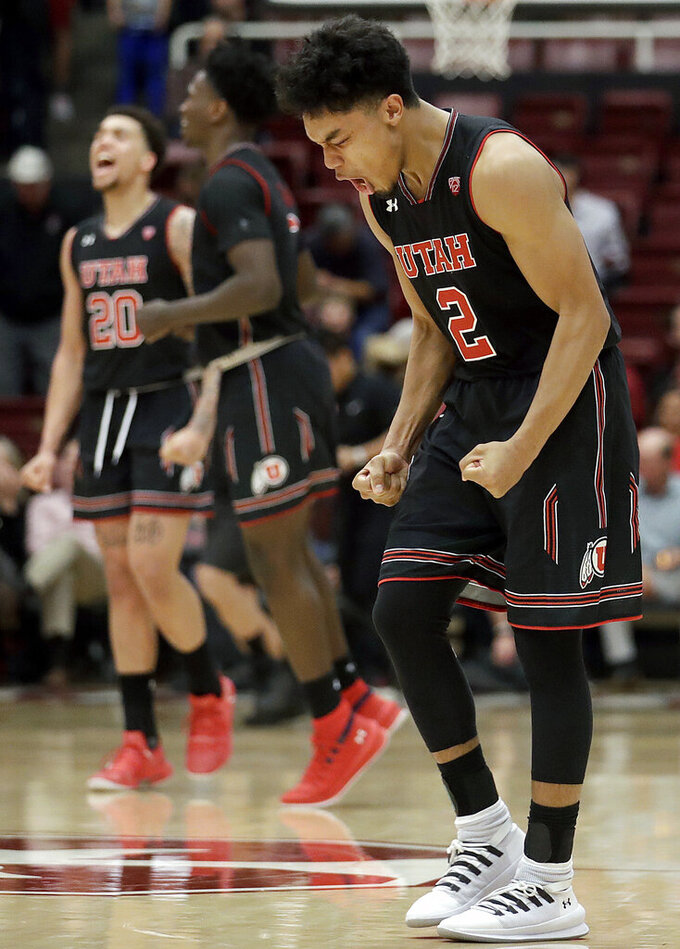 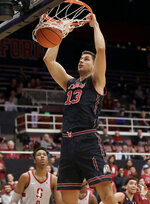 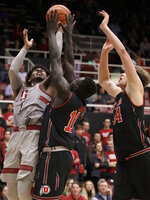 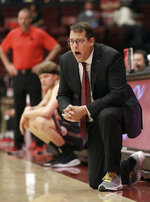 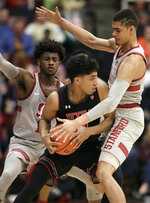 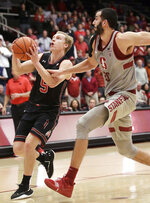 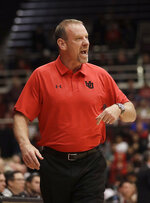 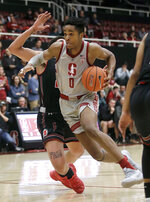 STANFORD, Calif. (AP) — Senior Sedrick Barefield had one final chance to grab a road victory at Stanford. He made the most of it.

Barefield scored 12 of his team-high 18 points in the second half, including four free throws in the final 37 seconds, and Utah beat Stanford 70-66 on Thursday night, its first win at Maples Pavilion as a member of the Pac-12.

"Effort-wise, we really brought it on the defensive end," Utah coach Larry Krystowiak said. "We got enough stops and Sedrick hit the two big 3s. In the second half, it was just enough offense, but it was kind of what we expected . . . a dogfight."

Barefield connected on a pair of 3-pointers, both times giving Utah the lead, over the final 5:37. His free throws helped nail it down.

"I told Sedrick at halftime to 'Button it down, and from a personal point of view, get me a win,'" Krystowiak said. "He led us offensively, that's for sure."

Donnie Tillman added 11 points for the Utes (10-8, 4-2), who won their season-high third straight and fourth of six overall.

"We have to look at the little things," Davis said. "We need to clean up a few things. We came in with a plan to stop their 3-point shooting. We didn't do that."

"That's a good percentage," Stanford coach Jerod Haase said. "It's pretty impressive. Barefield didn't get a lot of open looks and hit a couple of tough shots. There's a reason why he's considered one of the best guards in the conference."

Parker Van Dyke, who had 10 points, made a lay-up with 55 seconds left to give Utah the lead for good. Jayce Johnson was a point away from a double-double.

"Our offense was atrocious for the most part; give Stanford a lot of credit," Krystowiak said. "They took Sedrick out, they were real physical with us. We like to run, we weren't able to run; they blocked our shots; they out-rebounded us. I think the key to this game was the defensive end of the floor."

Stanford opened the second half with a 12-3 run to overtake the Utes at 38-35 and maintained its advantage until Utah scored eight unanswered points to take a lead in the final five minutes and the game swayed back and forth the rest of the way.

Utah, which hit seven of its final nine shots, outscored the Cardinal 13-3 the rest of the way and took a 31-26 advantage into halftime.

Utah had lost six straight in Maples Pavilion and last won at Stanford in 1971. ... Timmy Allen has averaged 8.0 rebounds over his past four games after averaging 3.4 through his first 14 games. ... Barefield has reached double figures in scoring in eight of his last nine games.

Stanford had 10 blocks, seven in the first half, and has 98 total blocks, averaging 5.1 per game, third in the Pac-12 Conference. Oscar Da Silva (24) and Josh Sharma (23) account for about half. ... Davis missed his first six shots and went 1 of 8 in the first half with his only basket on a dunk. He made his first six shots of the second half, including a 3-pointer. ... Freshman guard Cormac Ryan missed his third straight game with an injury. ... Sharma reached double figures in rebounds for the first time in seven games and the second time this season.

Utah travels to California on Saturday.