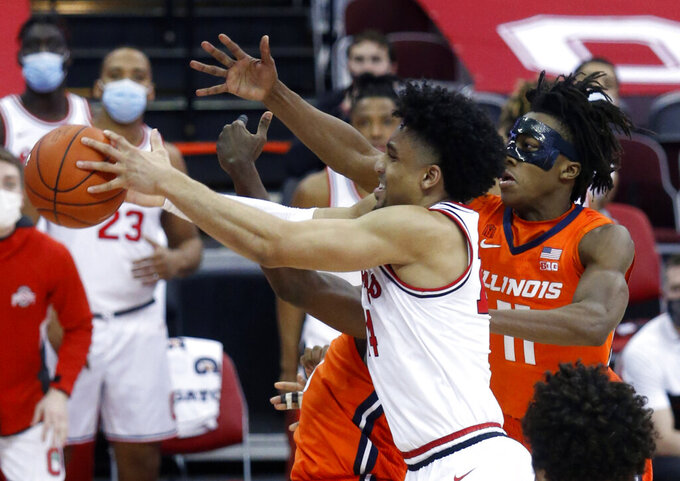 The coach of the Big Ten’s last national championship team believes the conference’s 20-year title drought could end this season.

“We’ve got four or five teams that are on top that could do it,” Michigan State’s Tom Izzo said. “There’s enough good teams that we could get a couple teams in the (Final Four).”

The Big Ten hasn’t won a title since Izzo coached Michigan State to the 2000 crown, unless you count Maryland’s 2002 championship when it was still an Atlantic Coast Conference member. But the league rarely has boasted as much strength as it does now.

That gives the league plenty of confidence in its postseason hopes heading into the Big Ten Tournament beginning Wednesday at Indianapolis.

“I think you’ve seen the bottom and the middle get stronger,” Wisconsin coach Greg Gard said. “And I think this year specifically you have the top that’s elite. I think we’ve had one or two teams at times be elite (in the past). By elite, I mean Final Four-worthy. I think there’s four teams right now that are probably in that category. I don’t think in my time here we’ve ever had that.”

The Big Ten benefited this year by having draft-worthy prospects such as Iowa's Luka Garza and Illinois’ Ayo Dosunmu return to school. Michigan’s Hunter Dickinson headlined the crop of impact newcomers.

That formula added up to a banner season.

“No other conference comes close when you look at the quality of teams top to bottom,” Iowa coach Fran McCaffery said.

Former UCLA coach Steve Lavin discussed the depth of the Big Ten by making references to the 2011 season, when the Big East earned 11 NCAA Tournament bids – including the St. John’s team he was coaching. That season ended with UConn winning the national title despite finishing ninth in the Big East standings.

The Big Ten’s lack of recent titles has harmed the league’s reputation, deserved or not.

“To me, conferences that are consistently represented in the Final Four is an indication of a strong and healthy conference,” said Lavin, an analyst for Fox Sports.

“Personally, I’d love to see a couple teams get there again,” Izzo said. “I’d like to see a Big Ten (team) win it. It’s a shame, but that’s how you’re judged.”

That hasn’t stopped Illinois from pointing out that it played a full 20-game conference schedule. Michigan shut down its program for three weeks due to the pandemic and played only 17 conference games.

Illinois figures to have Dosunmu for the Big Ten Tournament after he missed three games with a concussion and a broken nose. Dosunmu returned in a mask to score 19 points as Illinois beat Ohio State in its regular-season finale.

“I feel like a superhero with the black mask on,” Dosunmu said.

Michigan State (15-11) seemed all but out of NCAA Tournament at-large consideration until it collected late-season victories over Illinois, Ohio State and Michigan. The Spartans now are likely to get an NCAA bid no matter how they fare this week.

Wisconsin (16-11) remains in good shape for an NCAA bid but has lost five of its last six. That is a dramatic change from a year ago, when the Badgers won their final eight games before the Big Ten Tournament and NCAA Tournament got canceled.

The Big Ten tourney opens Wednesday with two games: Minnesota-Northwestern and Nebraska-Penn State. There are four games Thursday, with the winners advancing to face the top four seeds: Michigan, Illinois, Iowa and Purdue.