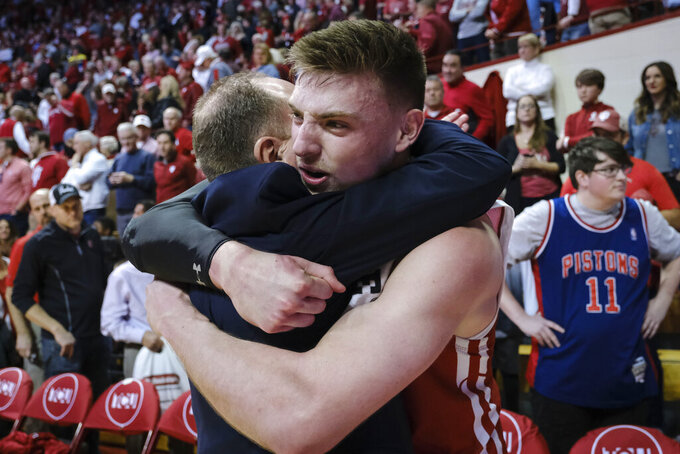 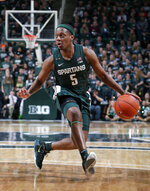 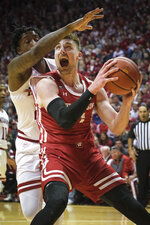 INDIANAPOLIS (AP) — Michigan State coach Tom Izzo thought he had seen everything during his 25-year tenure.

Then came this season, in which three teams with six Big Ten losses shared the league's regular-season crown and as many as 11 remain hopeful of making the NCAA Tournament's 68-team field.

Izzo doesn't expect things to get any easier over the next five days at the Big Ten Tournament.

“It's been the most difficult (season) in my 25 years," Izzo said. “There's so many teams that can win it, I think it will be probably the most exciting tournament since they started this thing."

No. 18 Wisconsin (21-10) won its last eight to take the top seed. The second-seeded Spartans (22-9), winners of five straight and ranked No. 9, find themselves in ideal position. Of the 22 previous tourney champs, 16 were seeded either first or second.

Just how good is the Big Ten?

Last week, eight teams appeared in the Top 25. Ten are projected to make the NCAA tourney. And the top seven spots and nine of the top 12 in strength of schedule are occupied by Big Ten schools, according to ESPN.

“It feels good to get a share of the title in the best conference I've ever coached in," said Mark Turgeon, coach of No. 12 Maryland (24-7). “Day in, day out, it was difficult."

Wisconsin, Michigan State, the third-seeded Terrapins (24-7) and No. 21 Illinois (21-10), the No. 4 seed, will have a slightly easier path to the tourney title after earning double byes into Friday's quarterfinals.

But with so many teams playing for such high stakes, it should be wide open — and worth watching.

“I think for fans and for those that love the game, media that cover it and fans of all the teams, it's going to be an electric tournament," said Chris Holtmann, coach of No. 19 Ohio State (21-10), the No. 7 seed.

Tenth-seeded Purdue (16-15) could have the most at stake in Indy.

The Boilermakers are No. 33 in the NET rankings, are No. 3 in strength of schedule by some rankings and have double-digit wins over No. 17 Virginia and Michigan State, plus a sweep of No. 25 Iowa. Still, coach Matt Painter isn't sure his team has done enough yet to count on a March Madness berth.

“I think if we would have won a game or two, I'd say we'd be right there," Painter said. “I'd say losing our last game with the amount of losses we have, we probably have to win four games to get into the tournament."

The Nittany Lions are chasing only their second semifinal appearance since 2012. Rutgers has never been past the quarterfinals.

To achieve those goals, though, coaches Patrick Chambers and Steve Pikiell know what must be done.

“We looked mentally and physically weary down the stretch," Chambers said of his Nittany Lions. “We need to get back to the way we were playing, fast."

Pikiell made it even simpler: “We have to play really well here, we can't reinvent the wheel."

In a league known for its physical style, three big men should shine under the bright lights: Luka Graza of Iowa, Daniel Oturu of Minnesota and Jalen Smith of Maryland.

Garza, the Big Ten player of the year, fell just short of averaging a double-double with the Hawkeyes, averaging a league-best 23.9 points and 9.8 rebounds.

“It's just a never ending pursuit of excellence that you just don't often see and there never seems to be any stop in his desire to be better," said Fran McCaffery, coach of the fifth-seeded Hawkeyes.

In any other year, Oturu might have been player of the year. He finished second to Garza in scoring (20.0) and led the league in rebounding (11.4), earning second-team all-conference honors.

Smith, a first-team all-conference selection, was seventh in scoring (15.5 points) and second in rebounding (10.5).

Nebraska, the No. 14 seed, played last weekend with a seven-man roster, four of whom are freshmen. The Cornhuskers open play Wednesday against 11th-seeded Indiana with a nine-man roster after adding two football players: 6-foot-1 guard Noah Vedral, a backup quarterback and 6-7, 300-pound forward Brant Banks, an offensive lineman.

“The way I look at it right now," Hoiberg said, “is we have to make decisions that are in the best interest in our program."