Bolden back, White out for Duke in NCAA Tournament opener 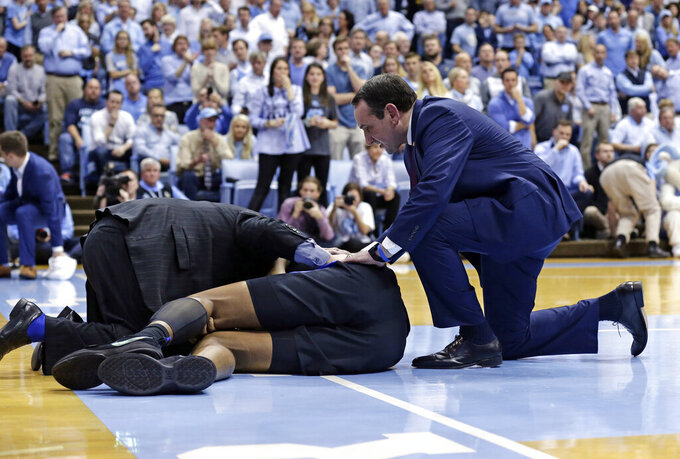 COLUMBIA, S.C. (AP) — Top-seeded Duke will have 6-foot-11 center Marques Bolden back for its NCAA Tournament opener against North Dakota State, but will be minus forward Jack White.

Blue Devils coach Mike Krzyzewski said Bolden, who missed the Atlantic Coast Conference Tournament with a sprained ankle, has practiced and should be ready to go against 16th-seeded North Dakota State. However, the coach said White hurt a hamstring in the ACC championship game and will not play against the Bison in the East Region game Friday night.

White, a 6-7 junior, has averaged more than 21 minutes a game off the bench for the Blue Devils.