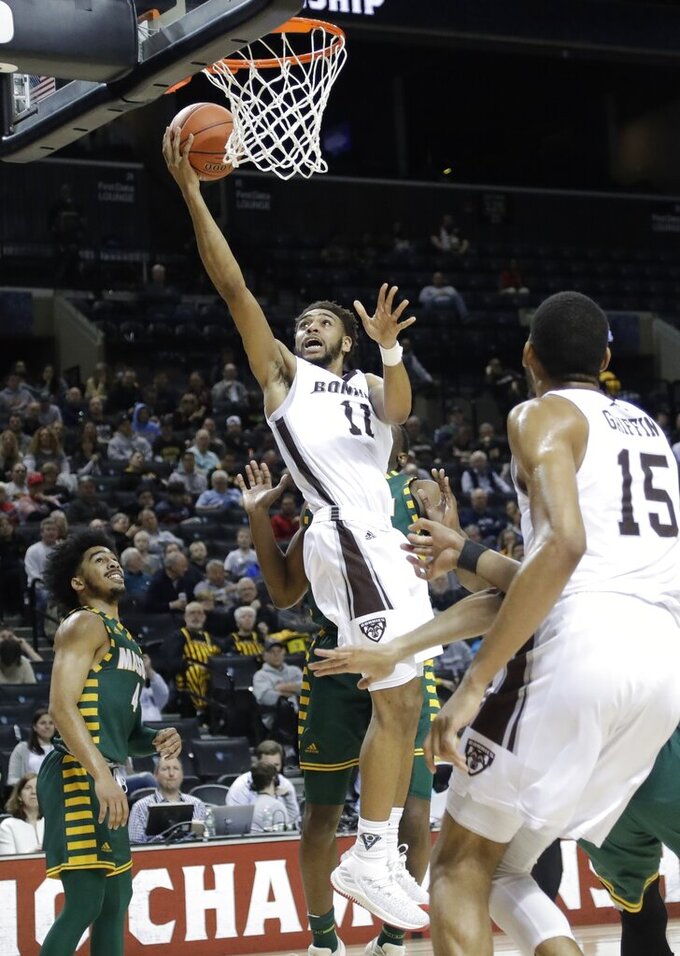 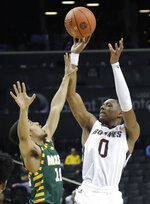 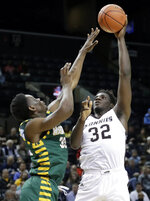 Kyle Lofton added 20, and LaDarien Griffin had 10 for St. Bonaventure (17-15, which will meet eighth seeded Rhode Island in the semifinals on Saturday. Rhode Island upset top-seeded VCU 75-70 in the first game of the day at Barclays Center.

Rhode Island won the only regular season matchup with the Bonnies, taking a 75-63 decision on Jan. 16.

The Bonnies fell behind 5-0, and then 8-7, in the third matchup of the season with George Mason. The Patriots won the first matchup, 68-53, on Jan. 6. St. Bonaventure returned the favor, topping the Patriots 79-56 on Feb.17. That was their second of six straight wins between Feb. 12 and Mar. 2.

From that point on, though, the Bonnies never trailed. Their lead grew to as much as 15 early in the second half, and never fell below seven.

The win was punctuated by Courtney Stockard's soaring, one-handed jam off of a pass from Lofton with 7:33 left.