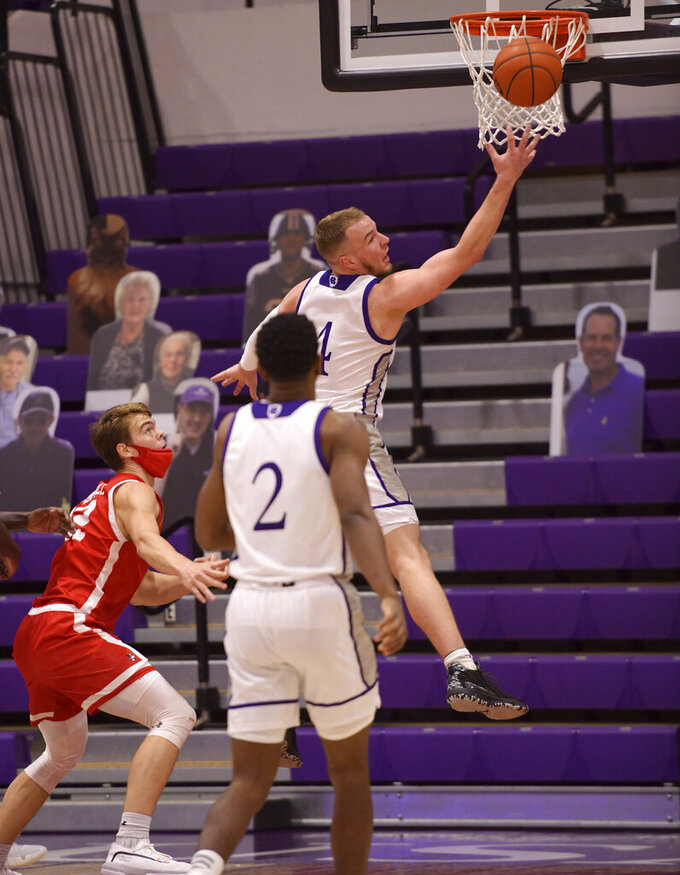 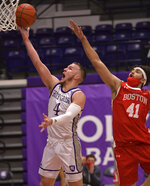 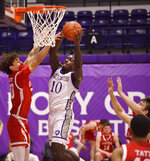 BOSTON (AP) — The Boston University men’s and women’s basketball teams opened their seasons on Monday wearing masks — not just on the sidelines, but during their games.

Daman Tate had 28 points, nine rebounds and four steals for the BU men in their 83-76 victory at Holy Cross. Although the Terriers wore masks, as the school requires of all teams, the Crusaders did not.

Back on BU's campus in Boston, Sydney Johnson scored 18 points to lead the Terriers women to a 76-54 win over Holy Cross with both teams wearing masks. Masks will also be required for both sides when the BU men host Holy Cross at the Case Gym on Tuesday; it is believed that will be the first men’s college basketball game with both teams in masks.

Although the NCAA has not mandated masks on the court, a few women’s teams have worn them — most prominently No. 20 DePaul. Creighton coach Jim Flanery left it up to his players, and eight of 13 elected to mask up.

Tate, who missed all of last season due to an injury, was 10 of 11 from the field for the BU men, including four of BU's seven 3-pointers. The Terriers shot 54.2% from the field.