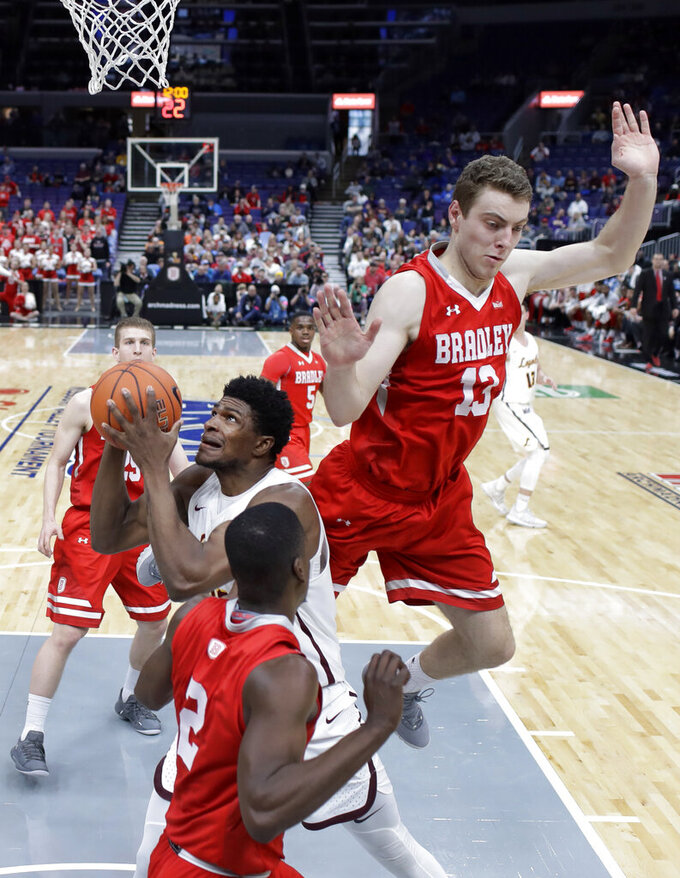 Loyola of Chicago's Franklin Agunanne heads to the basket as Bradley's Luuk van Bree (13) and Luqman Lundy (2) defend during the second half of an NCAA college basketball game in the semifinal round of the Missouri Valley Conference tournament, Saturday, March 9, 2019, in St. Louis. (AP Photo/Jeff Roberson) 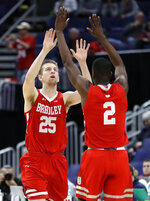 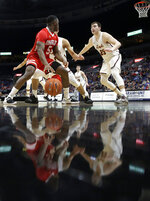 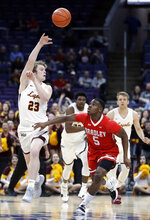 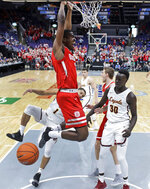 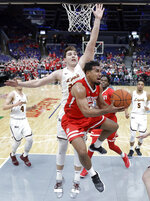 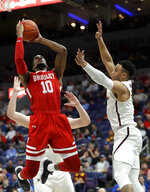 ST. LOUIS (AP) — Nate Kannell came off the bench to score 19 points, including what turned out to be the game-winning 3-pointer, and Bradley knocked out 2018 Final Four team Loyola-Chicago 53-51 on Saturday in the semifinals of the Missouri Valley Conference tournament.

The fifth-seeded Braves (19-14) had split their season series with top-seeded Loyola (20-13) but lost by 13 last weekend to the Ramblers, who were led by Marques Townes' 26 points.

But Townes, the team's leading scorer at 15.9 points per game, was only 3-of-17 shooting Saturday with seven points and missed the game's final shot, a short jumper as time ran out.

Kannell's 3-pointer from the baseline with 1:21 left gave Bradley a 53-49 lead. Townes scored inside with just over a minute to go and Bradley turned the ball over on a traveling call with 38.6 remaining. Bradley had fouls to give and used three in quick succession to get the clock down to 13 seconds with their defense forcing a last-second shot by Townes.

There were 12 lead changes and seven ties and neither team had a double-digit lead.

Kannell, selected as MVC's co-sixth man of the year, was 7-of-13 shooting with five 3-pointers in 30 minutes. Elijah Childs added 10 points, 11 rebounds and five assists.

Cooper Kaifes scored 14 points and Clayton Custer 10 for the Ramblers, who tied for the regular-season title with second-seeded Drake at 12-6.