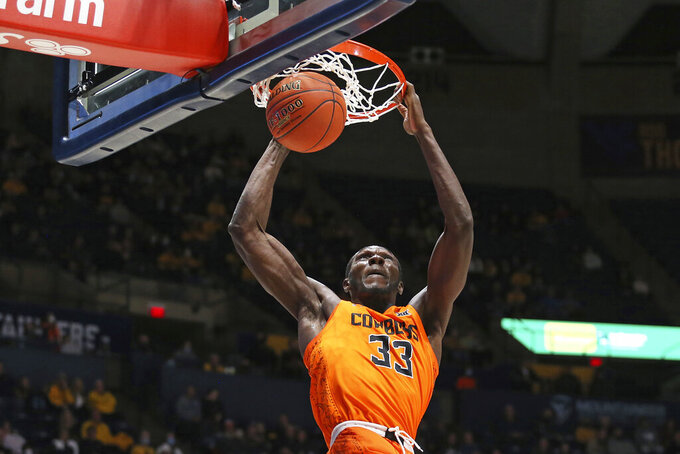 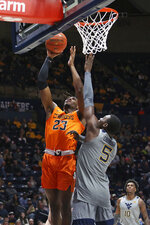 MORGANTOWN, W. Va. (AP) — Jalen Bridges tied a career-high 22 points making all 10 of his foul shots and Gabe Osabuohien had a season-high 12 points and West Virginia pulled away from Oklahoma State for a 70-60 win on Tuesday night.

Kedrian Johnson made two foul shot to give the Mountaineers a 53-37 lead with 11:32 left before Oklahoma State scored nine straight to get within seven points as Isaac Likekele scored six during the run.

West Virginia responded with a 15-4 run to seal it. Taz Sherman scored 13 and Sean McNeil 12 for the Mountaineers.

Osabuohien threw down a dunk and muscled in a layup through multiple defenders for the and-1 for the nine-point lead. He followed that with a layup and two foul shots to cap his 9-0 outburst.

In 125-career games it was only the sixth time Osabuohien reached double figures scoring.

West Virginia went to intermission up 34-23 and the Cowboys Oklahoma State (8-6, 1-2) failed to get a single player in double-digit scoring before halftime.

The Cowboys head to Lubbock, Texas to play No. 19 Texas Tech on Thursday before heading to Waco, Texas to face top-ranked Baylor on Saturday. Texas Tech beat Baylor 65-62 on the road Tuesday night.

West Virginia travels to Kansas to play the ninth-ranked Jayhawks on Saturday.