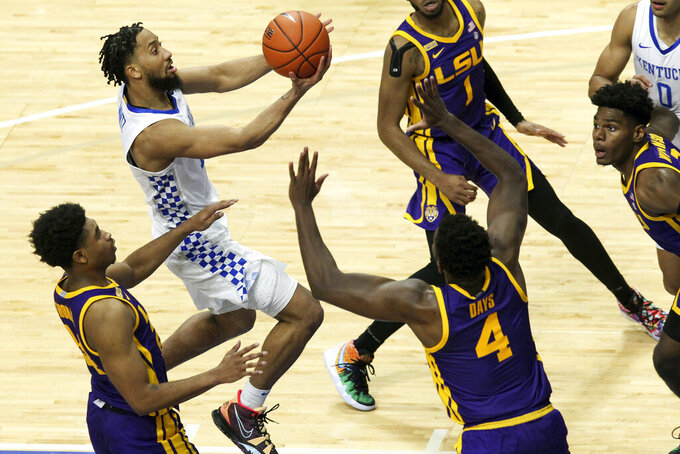 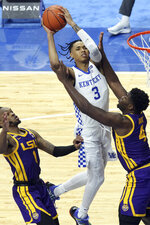 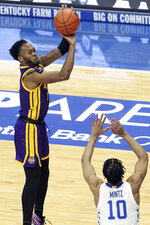 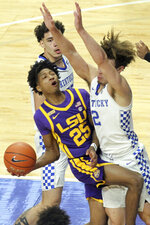 Kentucky (5-9, 4-3 Southeastern Conference), which had a six-game losing streak earlier this season, got a much-needed win in the first of a five-game stretch against Top-40 teams. The Wildcats avoided their third four-game slide under coach John Calipari.

Olivier Sarr made a layup and Brooks made two free throws to give Kentucky the lead for good before Davion Mintz and Boston hit back-to-back 3-pointers to make it 12-4. The Wildcats set season highs for a half with 13 assists, six 3-pointers, and 49 points while taking a 13-point lead into the break.

Watford made a layup to trim LSU's deficit to 56-51 with 15:29 left to play but the Tigers got no closer. Boston answered with a 3 and then converted a three-point play before his tip-in of a miss by Brooks gave the Wildcats a 13-point lead with 10 minutes remaining.

LSU received 20 votes in the latest AP poll but followed it up with a 105-75 home loss to No. 18 Alabama before getting outworked by the Wildcats on Saturday. Kentucky picked apart the Tigers' full-court press — finishing with as many alley-oops (four) as turnovers and hitting six 3s — in the first half.

Kentucky, which committed at least 16 turnovers in each of its last three games, had just nine against the Tigers.