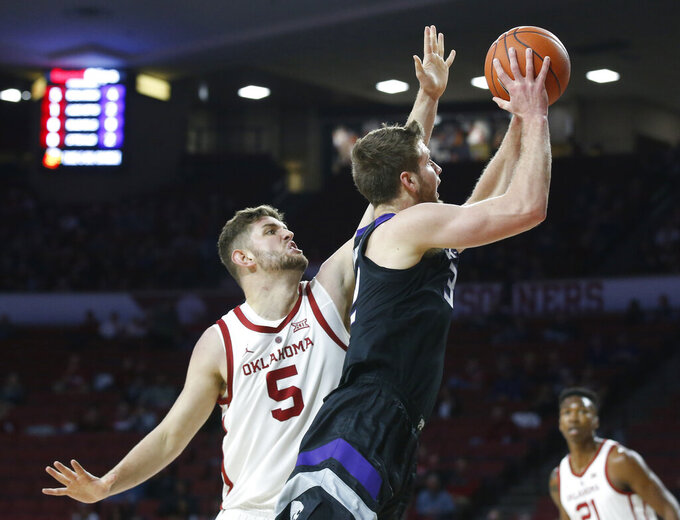 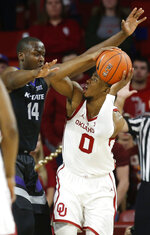 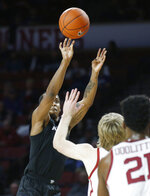 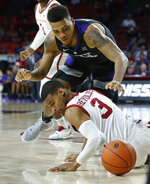 After hitting game-winners in the final minute of the Wildcats' previous two games, he helped Kansas State control Oklahoma from start to finish. Brown scored 25 points as Kansas State beat the 20th-ranked Sooners 74-61 on Wednesday night.

Brown, coming off his first Big 12 player of the week honor, is averaging 25.7 points during the Wildcats' three-game win streak.

"Obviously, Barry's playing at a really high level," Kansas State coach Bruce Weber said. "But I love that he had five assists. That means at least he's seeing some other things."

Dean Wade added 20 points in his second game back since missing six in a row with a torn tendon in his right foot. It was Kansas State's second straight road win over a ranked team — the Wildcats won at Iowa State last Saturday.

Kansas State (13-4, 3-2 Big 12) shot 50 percent from the field against an Oklahoma squad that was holding opponents to 37.7 percent, good for ninth nationally.

"Sometimes you line up and just get whipped," Oklahoma coach Lon Kruger said. "We did that tonight. Kansas State whipped us. They kind of got us down a little bit and they kept working. We just couldn't overcome that. We have to figure out a way to keep that from happening. But they whipped us tonight for sure."

Christian James scored 20 points and Rashard Odomes added a season-high 17 for Oklahoma (13-4, 2-3). It was the Sooners' first home defeat and their first loss to an unranked team this season.

Kansas State ran out to an 8-0 lead as Oklahoma went scoreless for more than three minutes to start the game. The Wildcats stretched their advantage to 20-7 before the Sooners found their footing. James hit a 3-pointer in the closing seconds of the first half to cut Kansas State's lead to 30-24.

The Wildcats kept the Sooners at bay, and an emphatic two-handed dunk by Wade with just over two minutes to play put the Wildcats up 71-56.

Kansas State forced Oklahoma into 16 turnovers and one of its lowest-scoring outputs of the season.

"I think our main priority as a team is defense," Wade said. "It's where we hang our hat. We're a great defensive team."

"I thought we were careless with the ball in the first half, especially," Kruger said. "Drove into some gaps that were crowded and didn't make very good decisions."

Kansas State: The Wildcats are starting to look like the team that was ranked No. 12 in the preseason. With Brown and Wade clicking, they are gaining momentum. The two road wins early in Big 12 play put them in an ideal position to challenge for a spot near the top of the league standings.

Oklahoma: The Sooners got just 14 minutes from starting center Jamuni McNeace, who is still struggling after coming back from an ankle injury. He did not score and had only two rebounds. The Sooners could benefit from more production from him heading into games at Texas and Oklahoma State.

Kansas State, which was 33rd in votes in the AP Top 25 this week, positioned itself for a potential spot in the rankings pending Saturday's game against TCU, which dropped out of the poll this week after losing to Oklahoma last Saturday. Oklahoma might lose its spot in the Top 25 after this home loss to an unranked opponent.

Weber, on Brown and Wade: "They're seniors. They've been through it. They make you good coaches. They know what to look for."

Oklahoma plays at Texas on Saturday.