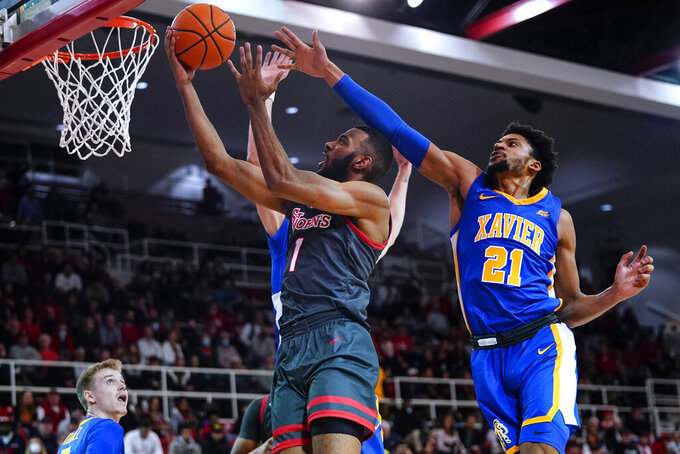 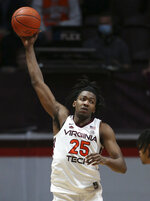 Wake Forest meets Boston College in Wednesday’s second round of the Atlantic Coast Conference Tournament in New York, and the Demon Deacons (23-8) are playing more to avoid damaging their NCAA resume than to bolster it.

The fifth-seeded Demon Deacons had no trouble in the first meeting, beating the Eagles (12-19) by 30 points at home on Jan. 24. But the 23-win season comes in a down year for the ACC, while the Demon Deacons are just 1-4 in Quadrant 1 games and 4-3 in Quadrant 2.

Led by league player of the year Alondes Williams and coach of the year Steve Forbes, the Demon Deacons were one of the last four teams to avoid a play-in round in ESPN’s mock bracket on Tuesday. They were a No. 11 seed in BracketMatrix.com’s average of 141 projected fields as of early Wednesday.

Oregon: Whatever chance the Ducks (18-13) have begins with a Pac-12 Tournament matchup against an Oregon State team that is 3-27 a year after reaching the Elite Eight. Oregon lost its last three games and won’t have leading scorer Will Richardson (14.1 points) due to an illness.

Xavier: The Musketeers (18-12) are firmly on the bubble entering the Big East Tournament against Butler. Xavier — which has lost seven of nine — is a 12-seed in BracketMatrix and one of the last four teams into the field of 68 according to ESPN.

Virginia Tech opens its ACC Tournament against a team that wounded its NCAA hopes last weekend. The Hokies (19-12) had won nine of 10 before taking a hit by falling at Clemson. Virginia Tech was one of the first four teams out according to ESPN’s Tuesday projection. ... Virginia (18-12) also can’t afford a stumble as it opens the ACC Tournament against Louisville. The Cavaliers beat the Cardinals last weekend. ... Seton Hall (20-9) looks to be on pretty solid footing – a 7-seed on BracketMatrix and an 8-seed on ESPN — as it heads to the Big East Tournament on a five-game winning streak, but a loss to Georgetown (6-24) with the Hoyas on a 20-game losing streak wouldn’t be ideal.