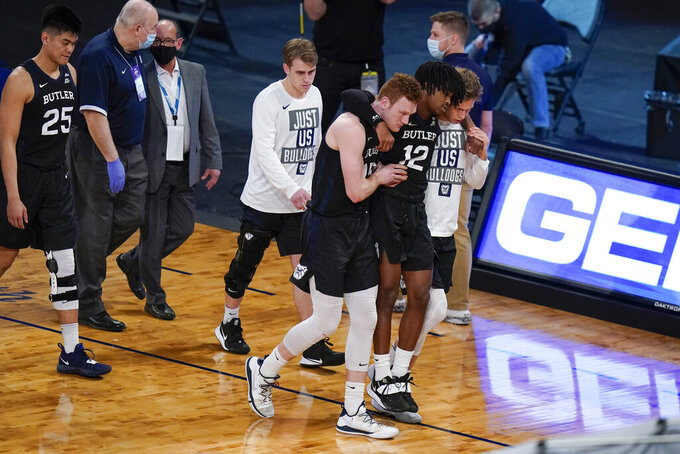 Butler's Myles Tate (12) is carried to the bench by teammates after he was hurt during the second half of an NCAA college basketball game against Creighton in the Big East conference tournament Thursday, March 11, 2021, in New York. (AP Photo/Frank Franklin II)

Tate was injured in Thursday’s season-ending loss to No. 20 Creighton. The Bulldogs finished 10-15.

Tate made 18 starts and averaged 6.7 points and 2.5 rebounds, finishing second on the team with 58 assists as a freshman. He also led the team with 29 steals.

Butler did not indicated Monday when he is expected to return.