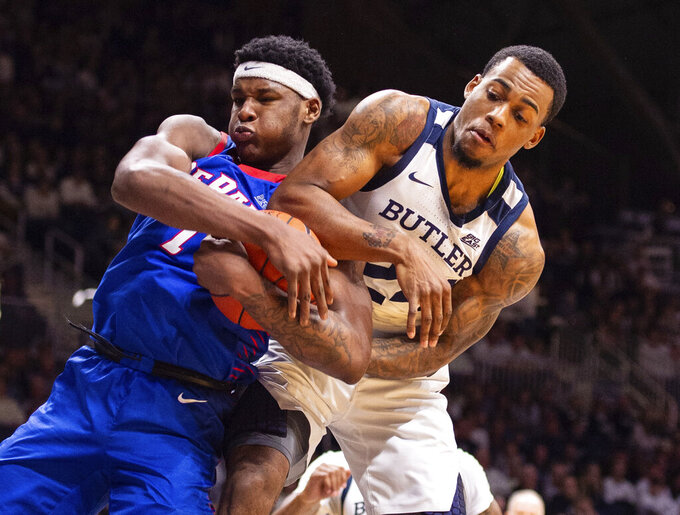 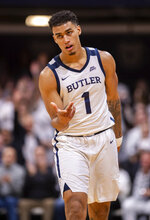 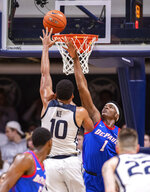 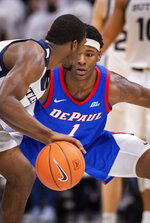 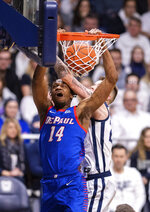 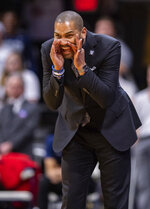 McDermott scored 11 points in the first half when Butler took a 29-22 lead and Tucker scored all his points over an 8½-minute span of the second half, finishing a 20-6 run with three consecutive 3-pointers for a 53-32 lead with six minutes to go.

Tucker had four 3-pointers and McDermott three. DePaul, meanwhile, missed 11 shots from the arc before Romeo Weems extended the Blue Demons' streak of consecutive games with a 3 to 835 when he sank one with 19 seconds remaining.

Charlie Moore and Nick Ongenda had eight points each to lead DePaul, which shot only 33% and committed 17 turnovers. Their 20 second-half points were a season low.