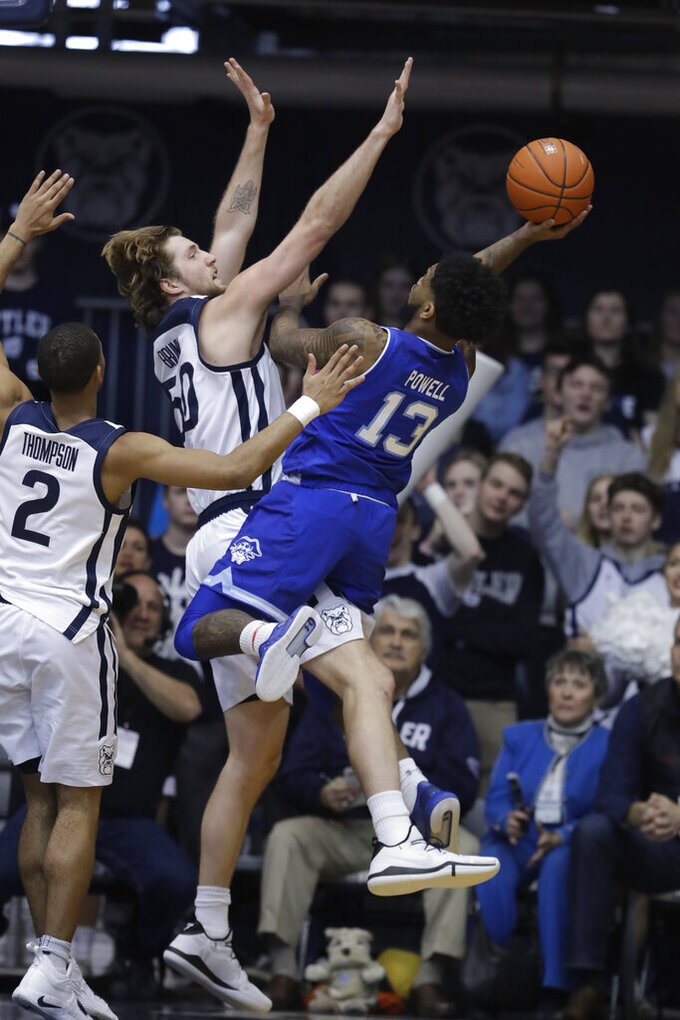 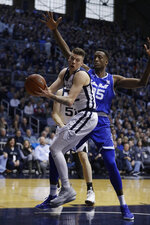 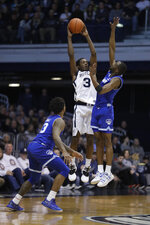 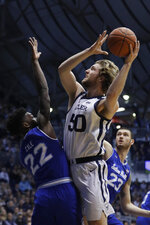 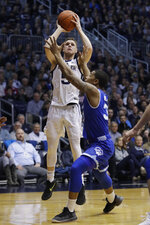 INDIANAPOLIS (AP) — Paul Jorgensen scored 18 points, including the game-winning basket on a goaltending call with 16.1 seconds left, and Butler defeated Seton Hall 70-68 on Saturday after letting a 17-point lead disappear in the final six minutes.

Myles Powell, who scored the Pirates' last eight points and 13 in their closing 20-3 run, hit a 3-pointer to tie the game with 41.6 seconds to go. Jorgensen dribbled along the right baseline and his short floater was blocked by Romaro Gill. After a timeout, Powell's 3-point attempt from the right wing, contested by Aaron Thompson, was off the mark.