Caleb Grill heading back to Iowa State after season at UNLV 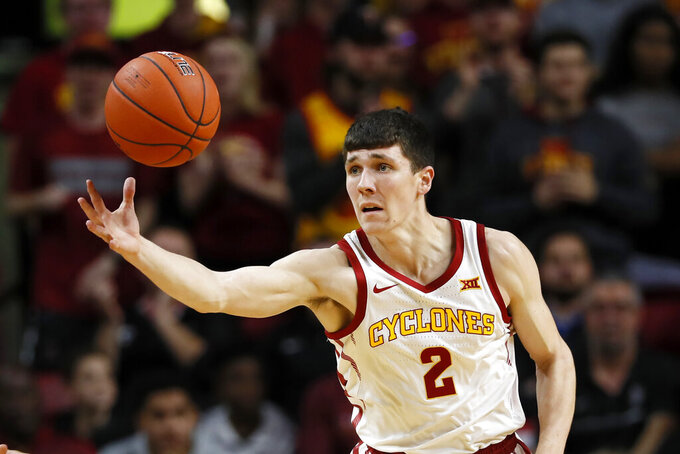 Grill signed with Iowa State out of high school in Maize, Kansas, and played for the Cyclones as a freshman in 2019-20, appearing in 29 of 32 games and making two starts.

“Caleb competes in everything that he does,” Otzelberger said. “He takes pride in his defense, making the right play, shooting with accuracy and giving his all every time he takes the floor. His return to Ames will be very much anticipated and we’re excited for what he will accomplish as a Cyclone.”

Grill scored a career-high 27 points with seven 3-pointers against an Alabama team that went on to earn a No. 2 seed in the NCAA Tournament and advanced to the Sweet 16.

At Iowa State, Grill played 13.7 minutes per game as a freshman and averaged 2.1 points and 1.7 rebounds.