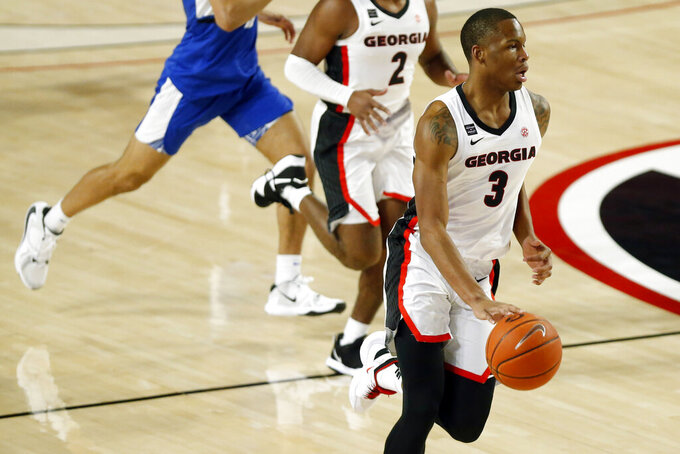 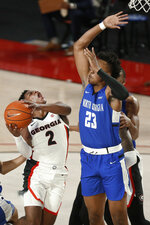 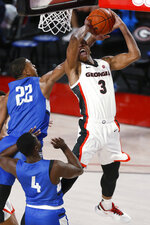 Camara, a 6-8 sophomore from Brussels, Belgium, was 8 of 18 from the field. It was a consecutive double-double for Wheeler, a Houston native who broke the program's assist record for a freshman last season with 139. He had 12 points and a career-high 12 assists in the season-opening win against Florida A&M.

Camara and Wheeler each scored 10 points in the first half as the Bulldogs built a 46-26 halftime lead. P.J. Horne made two 3-pointers and finished with 13 points for Georgia (2-0), which shot 53% from the field but committed 25 turnovers.

Eric Jones scored 19 points to lead North Georgia, which were added to the Bulldogs' schedule on Monday. The Saints replaced the originally scheduled Nov. 25 Georgia season-opener against Columbia State.

It was the first regular season meeting between the teams. The Bulldogs beat North Georgia in an exhibition on Nov. 6, 2009.