Carter’s foul shots in 2OT lift No. 18 Xavier past UConn 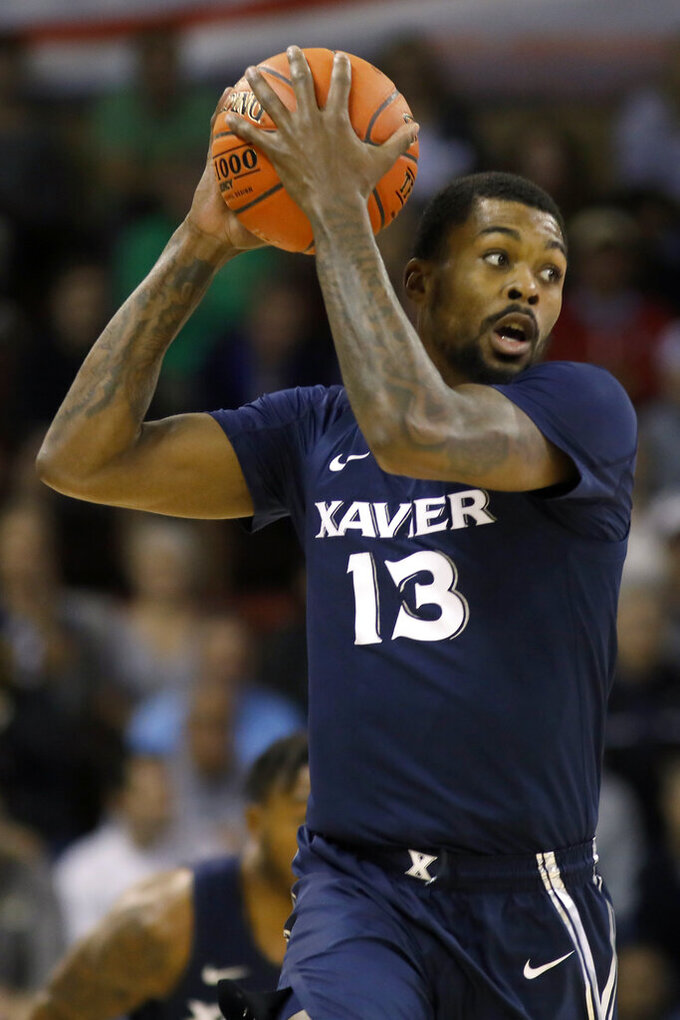 Xavier's Naji Marshall looks up court with the ball in the first half of an NCAA college basketball game against Connecticut during the Charleston Classic Friday, Nov. 22, 2019, in Charleston, SC. (AP Photo/Mic Smith) 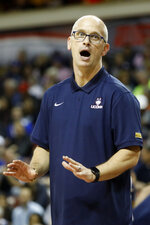 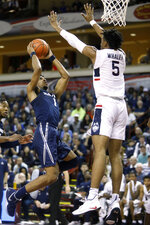 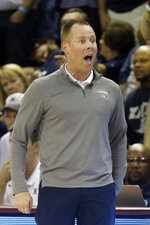 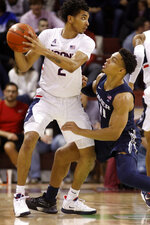 CHARLESTON, S.C. (AP) — Xavier seems to face a test almost every time it plays. The good thing for the 18th-ranked Musketeers is they have passed them all in their undefeated start.

Jason Carter hit two foul shots with 10.1 seconds left in the second overtime and Xavier survived once more with a 75-74 victory over UConn and into the Charleston Classic championship on Friday night.

The escape against the Huskies (3-2) was simply the latest in a series of close calls. Xavier (6-0) needed overtime to beat Missouri, then held on against Missouri State 59-56 in the next game.

“This year we all came together, we all want to win, we all have one goal,” Xavier’s Naji Marshall said. “It’s never say die. That’s just what it is. We find a way.”

That’s how it’s been so far.

“It’s one of the oddest games I’ve ever been a part of, that’s for sure,” Xavier coach Travis Steele said.

UConn had a final chance after Carter’s free throws, but Alterique Gilbert slipped driving to the bucket and Christian Vital’s desperation shot fell short of the basket as the horn sounded on a raucous, dramatic contest between future Big East Conference rivals.

Marshall led the Musketeers with 21 points and Paul Scruggs had 19. But neither of them were around at the end after fouling out in what became a game of attrition.

Tyrique Jones had 17 points and 11 rebounds for Xavier, which will face Florida for the tournament title Sunday night.

UConn will play another program with past Big East ties — the Huskies are set to re-enter the league next year — in Miami for third place Sunday.

The Musketeers looked finished in regulation after Tyler Polley hit a 3-pointer to extend the Huskies’ lead to 54-49 with 96 seconds left. That’s when Marshall, the 6-foot-7 junior, took over in scoring 13 of his team’s next 14 points.

UConn had a final chance to win before overtime, but Jones skied high to block Gilbert’s driving attempt.

Freshman James Bouknight looked like he’d be the hero for UConn, tying things with a three-point play at the end of the first overtime, then putting his team ahead 74-73 with a basket with 20.6 seconds to go.

But it was Bouknight who fouled Carter moments later to set up the final points. Bouknight, playing his second college game, led the Huskies with 19 points.

This was gritty, hard-fought, back-and-forth contest — like you’d expect from teams who’ll see each other plenty once UConn rejoins the Big East Conference next year. And the fans were into it as well.

Both Xavier and UConn have had strong followings the first two games and the Charleston arena and the yelling was loud on both sides as chants of “Let’s Go Huskies” merged with “Let’s Go X”. The Musketeer fans continually took up the dog-like bark to urge their team on defense.

It sure did the trick the first 20 minutes as Xavier held the Huskies to their worst-shooting half of the young season at 29.7 percent (8 of 27). UConn had nine turnovers the first half, not far from the 12 a game they averaged coming in.

The Musketeers really dug in with about seven minutes left after Tyler Polley drew UConn to 18-17. That’s when Xavier closed the period with a 13-4 surge. Scruggs have five points and Jones four during the run as UConn shot just 2 for 11.

UConn: The Huskies were trying to defeat their second ranked opponent in less than a week after beating then-No. 15 Florida 62-59. Bouknight can help UConn play at the level it used to if he continues to develop.

Xavier: The Musketeers showed a grit necessary to succeed despite losing three starters to foul trouble. Steele says it’s his team’s resiliency “even when things don’t go the way we wanted.”

Four of UConn’s starters struggled with their shots against Xavier. Vital, Gilbert, Polley and Akok Akok were a combined 8 of 38 from the field. Huskies coach Danny Hurley believes his team has to find more consistency going forward.

UConn will play Miami in the third-place game on Sunday.

Xavier will take on Florida for the Charleston Classic title Sunday night.