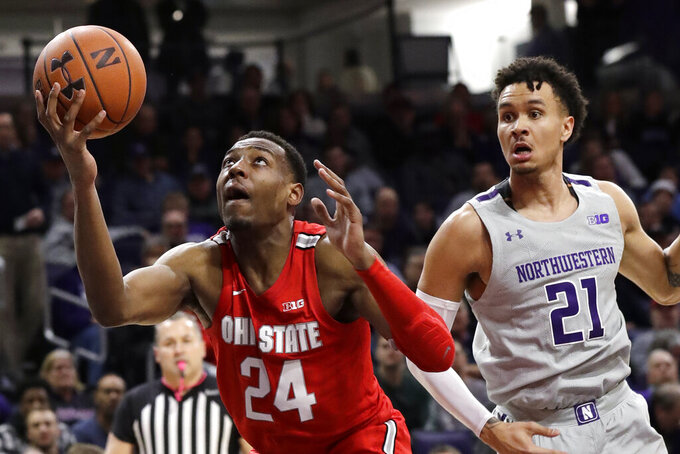 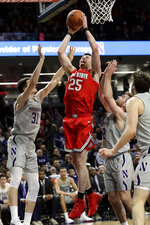 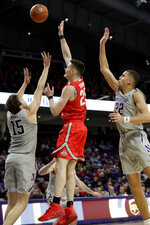 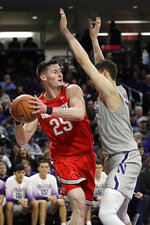 EVANSTON, Ill. (AP) — D.J. Carton scored 12 of his 17 points in the second half, helping Ohio State hold off lowly Northwestern for a sorely needed 71-59 win Sunday.

Once ranked as high as No. 2 in the AP Top 25, the Buckeyes had dropped six of seven to plummet out of the poll altogether. But they got back on track behind their defense, holding the Wildcats to 26.7% shooting in the second half.

Carton opened the decisive stretch with consecutive baskets, including a fast-break layup that put the Buckeyes ahead to stay. Ahrens capped the run with two 3s, making it 55-46 with 11:30 to go.

The Wildcats closed to 59-55 on Ryan Young's layup with 5:14 remaining. Carton then stepped up again, making two foul shots and converting an acrobatic alley-oop off a pass from Duane Washington Jr.

Ohio State got off to a slow start in each half, but it was an encouraging result with its recent trouble. Led by Ahrens, the Buckeyes went 11 for 29 from 3-point range.

Northwestern led by as many as nine in the first half, but struggled to score down the stretch.

Ohio State hosts Indiana on Saturday. The Buckeyes lost 66-54 to the Hoosiers on Jan. 11.

Northwestern visits No. 11 Michigan State on Wednesday. The Wildcats lost 77-72 to the Spartans on Dec. 18.