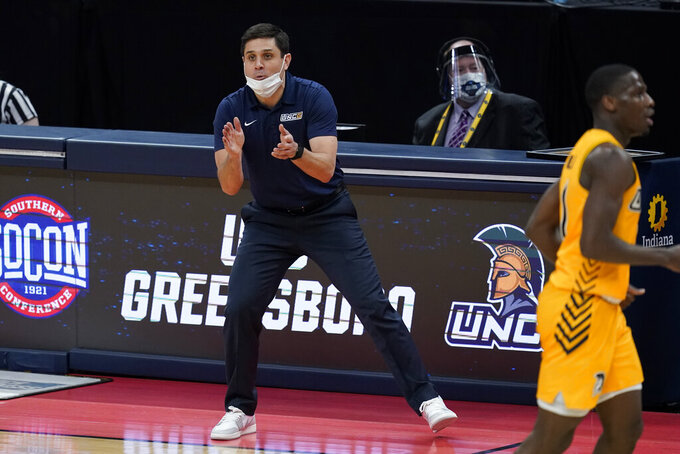 “He is an extremely dynamic coach and mentor who impressed me with his drive, focus and attention to detail,” Cincinnati athletic director John Cunningham said. “He’s a proven winner as a head coach and was able to rebuild a program and lead a remarkable turnaround at UNCG over the last decade. We cast a very wide net in this search and Wes emerged as the right coach to lead the Bearcats into the future.”

Miller's six-year contract must still be approved by the school's board of trustees. Terms were not disclosed.

“I am honored to lead such a storied program and excited to get to work,” said Miller, who played for coach Roy Williams at North Carolina and was mentioned as a possible candidate to be Williams' successor before Hubert Davis was hired.

Cincinnati fired Brannen last week after two seasons following an investigation into an exodus of players from the program. Brannen was put on paid leave last month after six players entered the transfer portal in the first three days after the season ended.