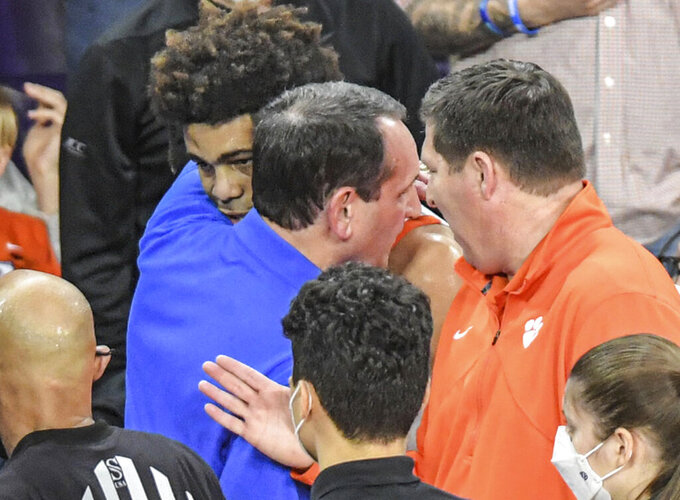 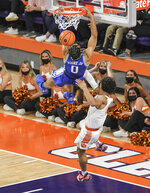 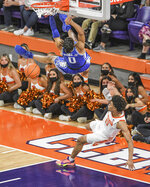 CLEMSON, S.C. (AP) — Clemson guard David Collins has been suspended one game by the Atlantic Coast Conference for a foul on Duke's Wendell Moore Jr. that Blue Devils coach Mike Krzyzewski said was a “dangerous” play.

Moore stole the ball from Collins in the first half and appeared to have a clear lane for an uncontested layin. However, Collins undercut Moore while in the air and the Duke forward crashed hard against the floor.

“One of the most dangerous plays that I've ever seen,” Krzyzewski said after the game.

Moore got up soon after and continued playing. He finished with eight points and a team high eight assists in the seventh-ranked Blue Devils 82-64 victory.

Collins was ejected for the flagrant 2 foul.

The scene looked like it might get ugly as Krzyzewski rushed to Moore's side and players from both sides began shouting at each other.

Collins apologized again in a statement on social media, saying he was trying to block the shot at the goal but got there too late and couldn't stop his momentum.

“I apologize to everybody for a reckless play I'm glad Wendell is okay,” Collins wrote in his post.