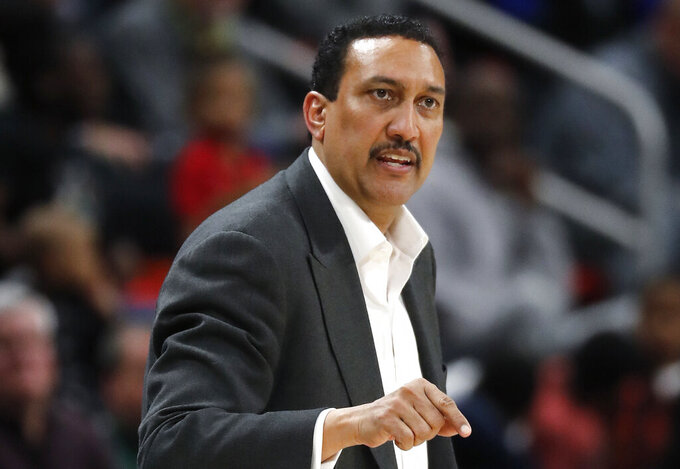 CLEVELAND (AP) — Dennis Felton's stay at Cleveland State was short, and anything but sweet.

Felton was fired Friday after just two seasons with the program, which hasn't been to the NCAA Tournament since 2009.

The 56-year-old Felton and his entire staff were let go by athletic director Scott Garrett, who reiterated the school takes its mission for student-athletes to have a "transformational experience very seriously."

"Our coaches operate with the expectation that they should build a culture supportive of our student-athletes in the classroom, accountable for their conduct as representatives of the University, and for their performance on the court," Garrett said in a release. "We will seek a new leader for our program who can deliver on this commitment."

Felton, who replaced Gary Waters in 2017, went 22-44 in his two seasons. He previously coached at Western Kentucky and Georgia.

Cleveland State's program has struggled in recent years, going 40-89 over the past four. The Vikings went just 5-13 in the Horizon League last season.

The school said former Vikings player and broadcast analyst Pat Vuyanich will serve as a special assistant for the program until a coach is hired.