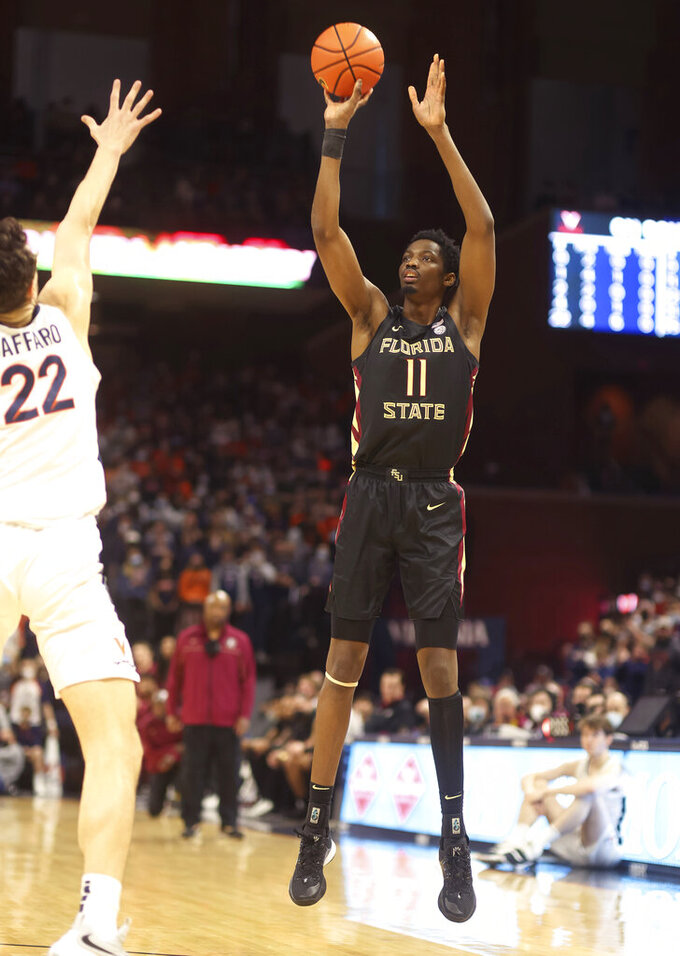 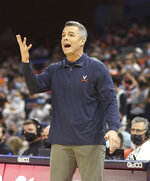 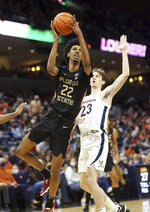 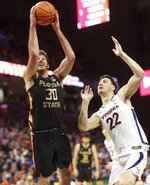 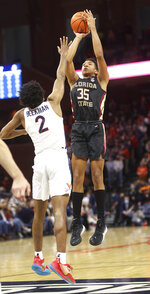 CHARLOTTESVILLE, Va. (AP) — Matthew Cleveland hit a deep 3-pointer at the buzzer and Florida State beat Virginia 64-63 in a wild finish on Saturday.

Florida State hadn't led since it made the opening bucket and trailed by as many as 11 points in the second half. Trailing 59-50 with 2:19 remaining, Cleveland scored seven points during an 11-2 surge that tied it at 61 with six seconds left. Armaan Franklin then took the ensuing inbounds pass, dribbled the floor and made a pullup jumper near the free-throw line for what looked like the game winner for Virginia with 0.4 seconds remaining.

Following a Seminole timeout, Harrison Prieto threw a strike to Cleveland, who caught the ball just past the half-court line and then tossed up the game winner that hit nothing but net.