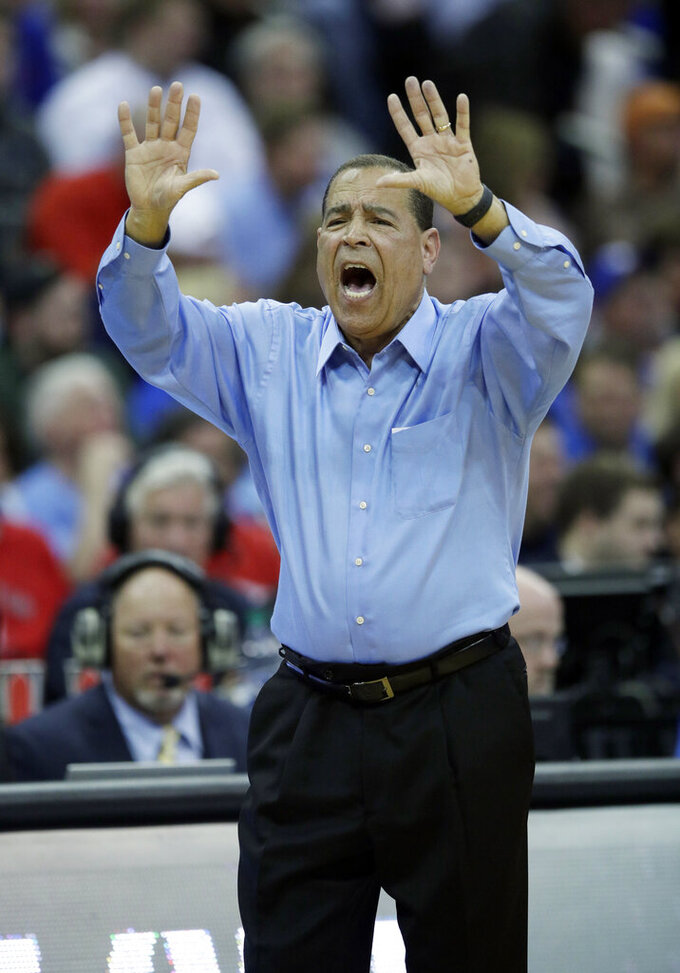 HOUSTON (AP) — Houston coach Kelvin Sampson has signed a contract extension through the 2024-25 season after helping the Cougars to their best season in 35 years.

The move comes after Sampson turned around a downtrodden program and led the Cougars to their first Sweet 16 since 1984. Houston lost to Kentucky 62-58 to end its season at 33-4, a school record for wins.

Terms were not released Thursday and the deal is subject to approval by school's regents.

Sampson took over in Houston for the 2014-15 season and the Cougars won just 13 games. The following year they won 22 games, the most since 2008. They finished with 21 wins in 2017 before taking the next step last season, going 27-8 and making their first NCAA Tournament appearance in eight years. They came one win short of the Sweet Sixteen last season, falling to Michigan on a buzzer-beating 3-pointer by Michigan.

Sampson has revived a college career that was derailed by NCAA violations regarding impermissible calls to recruits at both Oklahoma and Indiana. Those violations resulted in a five-year show cause order from the NCAA that kept Sampson, who took Oklahoma to the Final Four in 2002, out of college coaching until he was hired at Houston.