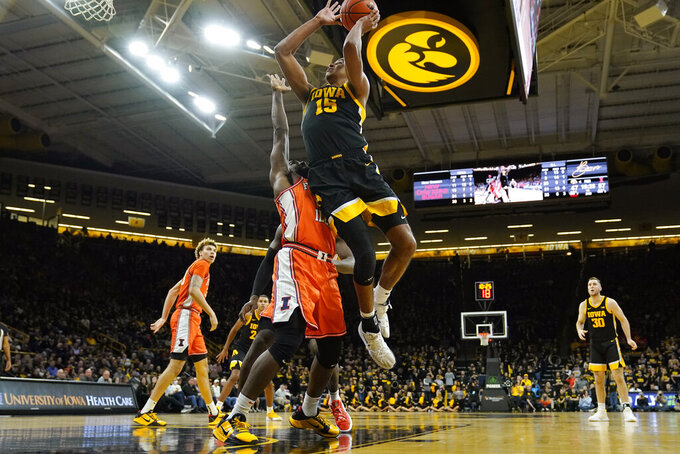 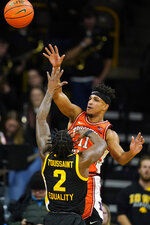 Despite being out-rebounded by 29 boards, Iowa managed to claw its way out of a 15-point deficit with just under nine minutes left.

Keegan Murray, the leading scorer in the country coming into the game, went on a personal 10-2 run to get the Hawkeyes within three, 74-71 with 1:33 left, but Alfonso Plummer buried a 3 and knocked down two from the line. Illinois hit 10 of 12 from the line in the final 62 seconds to close out the victory.

Murray, who missed Friday's Big Ten opener at No. 2 Purdue after injuring his ankle in a win over Virginia, finished with 19 points and three steals but struggled from the line, hitting just 4 of 7 shots. Tony Perkins had 16 points, Patrick McCaffery scored 12 and Ahron Ulis added 11 for the Hawkeyes.

After back-to-back losses to No. 2 Purdue and Illinois, Iowa finds itself 7-2 heading into Thursday's game at Iowa State.

Illinois plays host to No. 11 Arizona on Saturday.