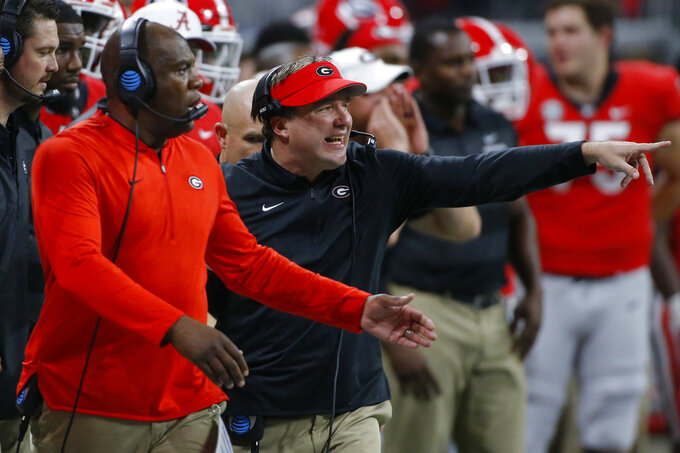 BOULDER, Colo. (AP) — Colorado has hired Georgia defensive coordinator Mel Tucker as its new head coach after he helped rebuild the Bulldogs into a national contender.

Tucker gets a five-year, $14.75 million contract under the deal announced Wednesday. He starts immediately and won't coach Georgia in the Sugar Bowl on New Year's Day.

The 46-year-old Tucker replaces Mike MacIntyre, who was fired with a game remaining in the season and the team mired in a six-game skid. The Buffaloes lost their final game under interim coach Kurt Roper to miss a bowl berth for a second straight season.

After several stints as an NFL defensive coordinator, Tucker became an assistant at Alabama in 2015. He spent a season with the Crimson Tide before following coach Kirby Smart to Georgia.