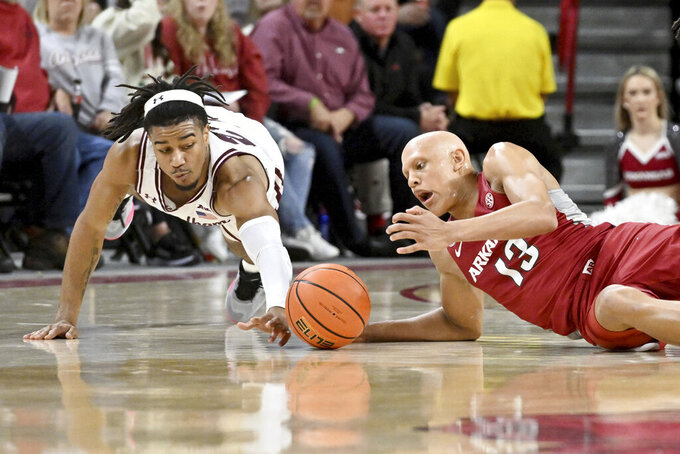 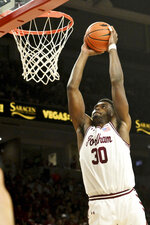 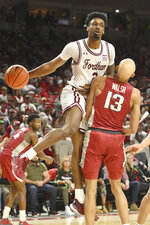 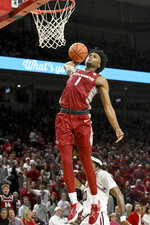 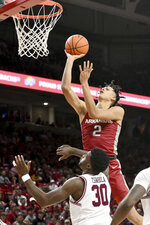 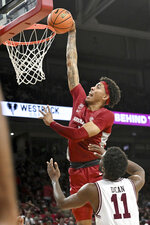 Jordan Walsh added 12 and Anthony Black had 10 for the Razorbacks (2-0), who took control with a 26-4 run in the middle of the first half.

Arkansas overcame a sluggish start. Neither team broke into double-digit points for the first nine minutes.

“We talked about putting the ball in Ricky Council’s hands tonight based off the way they were playing us,” Musselman said. “He did a great job of finding people and being an offensive weapon as well.”

Arkansas overcame a sluggish start. Neither team broke into double-digit points for the first nine minutes.

Five players scored for Arkansas during the run. Every player who logged more than five minutes had at least six points.

Arkansas scored 30 points off 30 turnovers for Fordham (1-1). The 30 takeaways were the most turnovers the team had forced since 2004 against Louisiana-Monroe.

“Defensively, I thought we were phenomenal. I don’t use that word often,” Musselman said. “I thought that’s as good as we’ve played defensively, that’s an Atlantic-10 team that averaged close to 80-something points last year.”

Darius Quisenberry and Elijah Gray were the only Fordham players in double figures, scoring 10 each.

Arkansas outscored the Rams 54-20 in the paint, but the Razorbacks made just 2 of 16 3-pointers.

Arkansas is still waiting on the debut of freshman guard Nick Smith Jr. Musselman said Smith's status is day-to-day due to a knee injury.

One of the top recruits in 2022, Smith is a likely NBA lottery selection in the spring. He also missed the team’s opener against North Dakota State on Monday.

Arkansas isn’t likely to be truly tested until Maui Invitational from November 21-23 when the Razorbacks will play their first power-conference opponents of the season.