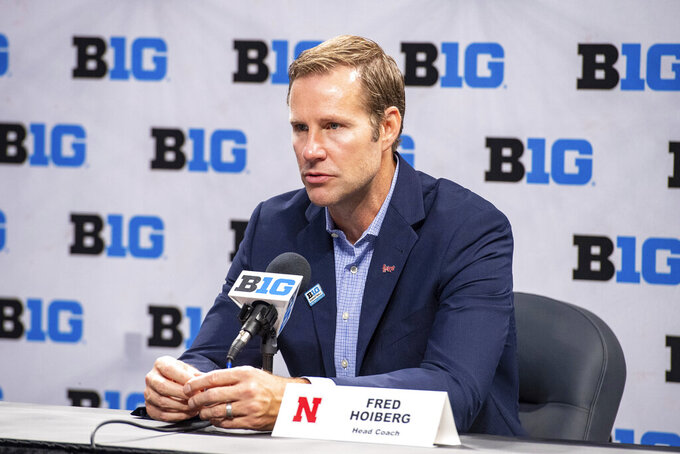 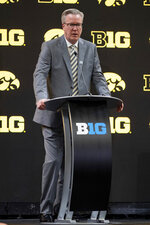 Focus on basketball — not her absence.

It was a virtually impossible task for Eatman, the replacement for the 73-year-old Stringer who skipped the event because of COVID-19 concerns.

“Right before I left, she said to me, ‘Tim, do not let this press conference be about me. Keep the press conference focused on the players and the team,'" he said. “I said, ‘OK.' I took a deep breath and I said to myself, ‘Good luck with that, Timothy Eatman.'"

Stringer is a member of the Women's Basketball Hall of Fame, the fifth-winningest coach (1,055) of all-time and the first Black coach with 1,000 victories. She's a four-time Final Four participant and has a giant national presence.

Eatman also filled in the other two times Stringer sat it out — first because of her mother's death and later while on a leave of absence for exhaustion.

This time, it was about her family's health.

Team spokesman Mark Choquette explained Stringer was worried about the lack of testing this season compared with last season, the highly contagious nature of the delta variant and her desire not to transmit the disease to her 40-year-old daughter, who has required special care since contracting spinal meningitis at age 2.

Stringer also has not been running practice or offseason workouts. Eatman has.

“I personally don't think there's going to be any difference," forward Osh Brown said. “Her blueprint speaks to every single one of us."

Rutgers has finished third in league play two of the last three years and has won 535 games and made 18 NCAA Tournament appearances in Stringer's 26 seasons.

Eatman served as acting head coach for the final six regular-season games at the end of the 2018-19 season, leading Rutgers to its first Big Ten Tournament championship game and into the NCAA tourney.

“No one can fill her role," guard Lasha Petree said. “But this is definitely the team she trusts with coach Eatman and the other assistants."

Fred Hoiberg has made two trips back to Indianapolis since becoming Nebraska's coach. On Thursday, he returned to the Indiana Pacers' home court — the team he started his NBA career with.

Hoiberg never played in this venue but in March 2020, it was here Hoiberg became visibly ill during a Big Ten Tournament game against the Hoosiers. He went to a nearby hospital and though he didn't have COVID-19, it turned out to be the final game of the tourney because of the pandemic.

“When I walked in, I saw a picture of Mel Daniels, who is really the guy that drafted me," he said. “To see Reggie Miller’s name up there. Roger Brown, Slick Leonard, to see his picture, such a great person and a guy that I had a lot of wonderful times with. Always have great memories of this place. We loved it here. We loved our time."

Big Ten Commissioner Kevin Warren wanted to give the women's and men's teams equal time this week so he changed the schedule. The women's coaches spoke first, followed by the men's coach from the same school and during breakout sessions, coaches and players spoke at the same time.

Most welcomed the decision, which Warren said would be replicated at men's and women's events in other sports.

“I definitely think it's about time, the same days as the men," Petree said. “Equality, that's a huge thing."

It's not just about finding a fill-in for his productivity. McCaffery needs to find someone who can consistently deliver in clutch moments, too.

“He was so gifted at understanding whatever we were doing," McCaffery said. “You take that for granted after a while. When you have him for four years, it makes coaching easier. Who is going to step into that role? We don’t have anyone 6-foot-11 that’s going to average 20 points a game."

Freshman Addison O'Grady is expected to replace the 6-foot-3 sophomore as the primary backup to center Monika Czinano.

“That was a big loss," Bluder said. “Sharon was playing great. Last year she shot 55% from the field, she was a tremendous backup to Monika because she was so strong. She was playing at a better level this year, this summer, than last year. I was really expecting big things from Sharon."