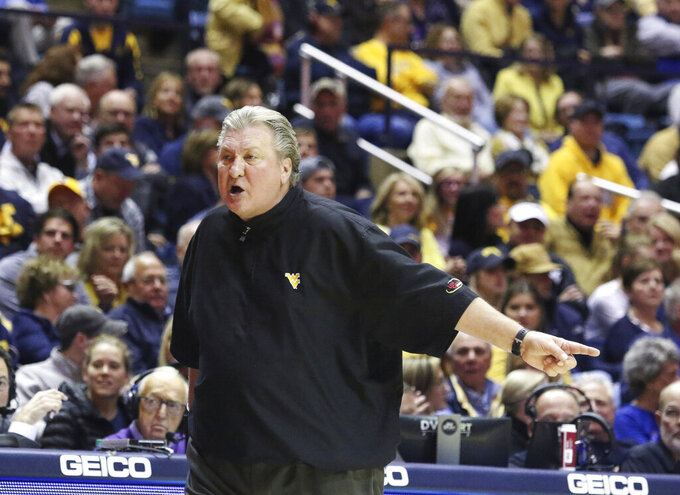 MORGANTOWN, W.Va. (AP) — West Virginia coach Bob Huggins understands it's going to take time for a roster filled with young and new players to perform anywhere close to his standards.

When it comes to offense, at least this group knows how to score. But the mistakes were evident across the board.

West Virginia built a 17-point lead but watched Akron mount a late comeback before the Mountaineers put away the Zips 94-84 on Friday night.

"We're going to go through some growing pains, but I think we all realized that," Huggins said.

West Virginia has just seven returning players. The roster includes four freshmen and five sophomores. Culver, Haley and Matthews are holdovers from a team that went 15-21 and lost 83% of its scoring a year ago.

Against Akron, the Mountaineers forced 16 turnovers but also allowed the Zips to have four different players score in double figures.

"I think we played a terrible defensive game today," Haley said. "We've been harping on that the whole week leading up to this game."

After a shaky start that saw Akron jump out to an early six-point lead, West Virginia took command and used an 11-0 run for its largest lead, 67-50, with 12:53 left to play.

But West Virginia got sloppy with the ball, committed 11 of its 14 turnovers after halftime and enabled the Zips to mount a comeback that fell short.

"I wanted to see what we had in us when we got hit in the mouth," Akron coach John Groce said. "I thought we really showed some resiliency and fought all the way until the end."

West Virginia: The Mountaineers were prepared to show off star freshman Oscar Tshiebwe, a McDonald's All-American. Instead, West Virginia showed it won't have to rely all the time on its inside game. Tshiebwe committed three, first-half fouls and went to the bench early. He finished with five points and five rebounds in 12 minutes.

HELP ON THE GLASS

"We can't outrebound somebody by one and expect that we are going to win many games. We have to dominate the glass, and we should," he said.

Culver went just 4 of 15 from the floor, along with 8 of 8 from the line. Huggins wants the sophomore to stick to what he does best — playing close to the basket. Culver was named to the all-freshman team in the Big 12 last year.

"Everybody wants to prove that they're a jump shooter," Huggins said. "Well, they're not jump shooters, and we have to get better. Derek goes way too fast in the post sometimes. Somehow, we have to find consistency of how you're allowed to play in the post. That wasn't very consistent."

The teams combined for 51 fouls and shot 71 free throws.

"It's hard, probably for either team, to get in any type of rhythm when there are 50 fouls," Groce said.