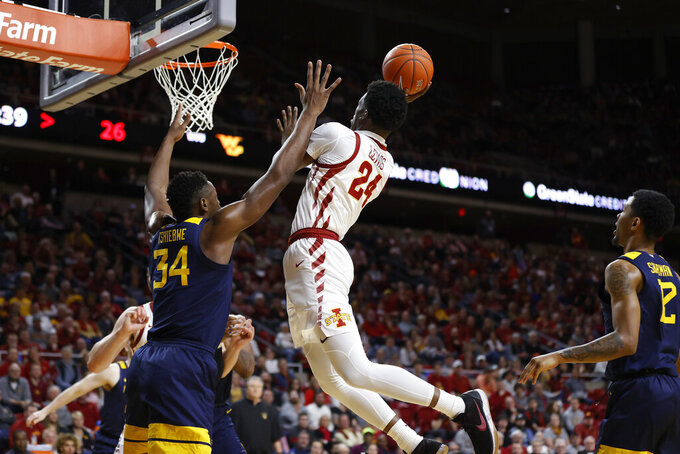 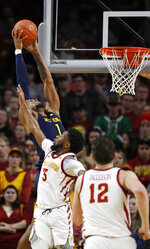 Iowa State’s Rasir Bolton scored 17 of his game-high 21 points in the second half.

The Cyclones remained hot, however, and tied the game, 48-48 on 3-pointers from Prentiss Nixon and Bolton. Nixon — who added 19 points — then drilled another long-range jumper to give Iowa State a 51-48 lead, its first since the opening minutes.

West Virginia eventually responded with a 10-0 run to lead 70-60 with 2:47 left, but struggled to put away Iowa State while notching just its second win in the past eight games.

West Virginia: The Mountaineers continued to lack consistency on offense — despite shooting 56% in the first half while taking a 44-31 lead. West Virginia went scoreless for the first 5:42 of the second half and missed six straight 3-point attempts after making 4 of its first 8 from long range.

Iowa State: The Cyclones saw their three-game home winning streak against the Mountaineers snapped. Iowa State fell to 1-15 this season when trailing at halftime and 0-18 when shooting a worse percentage from the field than its opponent.