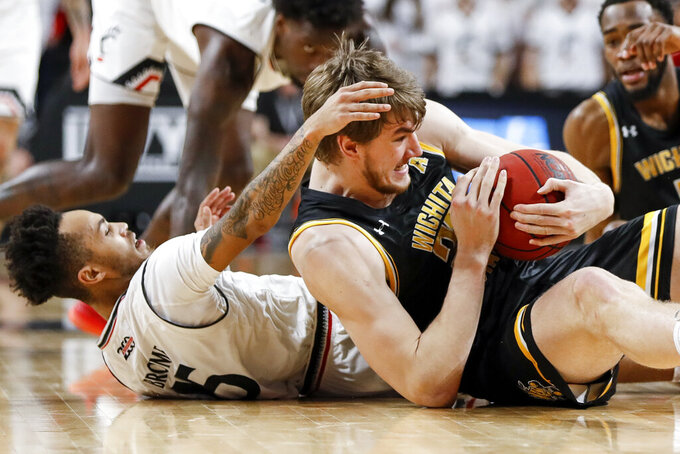 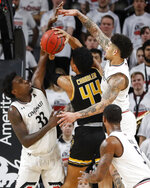 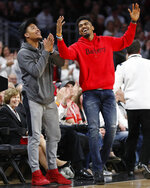 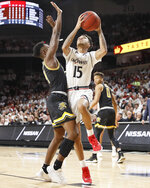 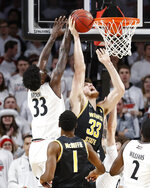 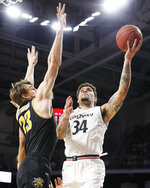 The junior guard scored 27 points, matching his career high with six 3-pointers, and the Bearcats swept their season series with Wichita State, beating the Shockers 72-62 on Sunday.

They're already looking ahead to March as the American Athletic regular season winds down.

"This team, we can be way better than we are right now," Cumberland said. "We've still got a lot of stuff to get better at before March. We can be really good."

They've gotten this far by leaning on Cumberland.

The Bearcats (21-4, 10-2) took control with a late first-half run led by Cumberland, who scored 14 in the opening half. He hit the big baskets as Cincinnati stayed ahead the rest of the way.

Wichita State (12-12, 5-7) had its winning streak snapped at a season-high four games. Dexter Dennis led the Shockers with 14 points and a career-high 13 rebounds.

The Shockers outrebounded the Bearcats 51-42, one of their bright spots.

"It's about small victories for us," Wichita State coach Gregg Marshall said. "We didn't win the game — we weren't supposed to win the game. They're a very good team with a great home-court advantage. But we saw positives."

Cumberland had 14 points in the first half, which ended with the Bearcats ahead 34-24. Cumberland's 3-pointer started a 21-7 run that closed the half. Neither team shot well — Cincinnati made 30 percent from the field, Wichita State 21 percent.

The Bearcats pushed the lead to 14 points early in the second half. When Wichita State got the lead down to 46-40, Cumberland had a pair of free throws and three assists during a 12-3 run that blunted the comeback. The Bearcats led by as many as 19 points down the stretch.

Wichita State: The Shockers came into the game on their best winning streak of the season but were done in by another round of bad shooting. They're second-to-last in the AAC in field-goal percentage. Wichita State shot 26.8 percent from the field, the lowest by a Cincinnati opponent this season. The Shockers missed 52 shots.

Cincinnati: The Bearcats were coming off a 65-58 loss at Houston that knocked them out of the Top 25. The win over Wichita State will keep the Bearcats in the conversation for one of the final spots in the rankings.

Cincinnati leads its series 21-12, including 12-4 at home. Since Wichita State joined the league for last season, the road team had won the three previous games.

Cincinnati has won 24 straight AAC games at Fifth Third Arena, which was closed for renovation last season. Overall, Cincinnati is 47-4 in home league games since the AAC was formed for the 2013-14 season.

Wichita State: Plays at Tulsa on Wednesday. The Shockers beat Tulsa 79-68 on Feb. 2 as part of their winning streak.

Cincinnati: Hosts Central Florida on Thursday. The Bearcats play at UCF on March 7.