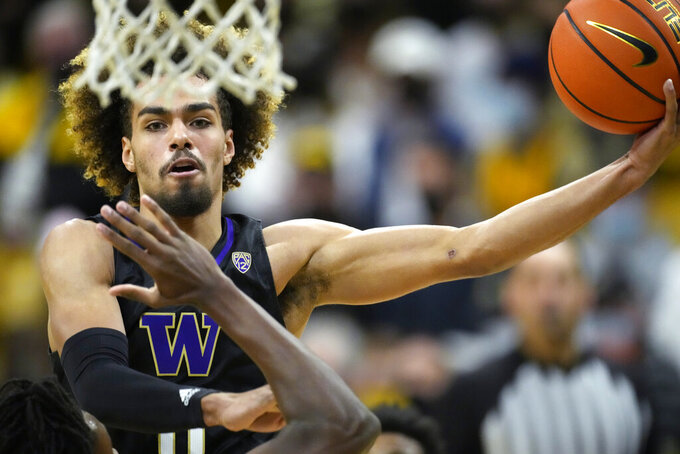 Washington forward Emmitt Matthews Jr. drives to the basket in the first first half of an NCAA college basketball game against Colorado, Sunday, Jan. 9, 2022, in Boulder, Colo. (AP Photo/David Zalubowski)

Colorado coach Tad Boyle earned his 300th career victory and his 244 wins with the Buffaloes are second in program history.

Terrell Brown Jr. scored seven points and Bajema hit two 3-pointers in a 13-3 spurt that pulled the Huskies within five points with about 12 minutes to play but Colorado scored 11 of the next 13 points to make it 59-45 about 4 minutes later and the Buffaloes led by double figures the rest of the way.

Bajema made a career-high six 3-pointers on seven attempts and finished with a career-best 18 points for Washington. Emmitt Matthews Jr. added 16 points and Brown scored 12.