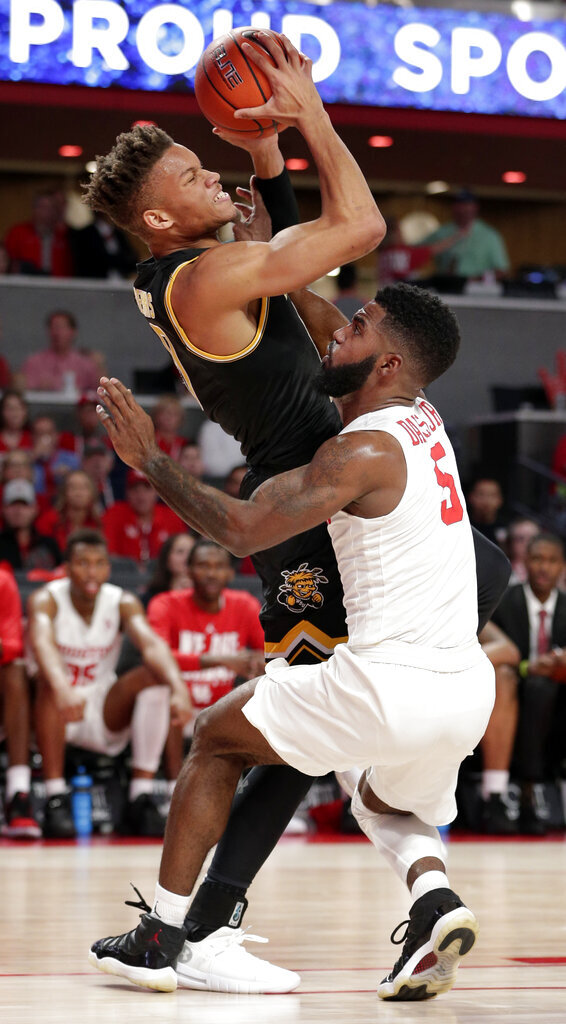 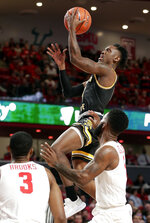 HOUSTON (AP) — Houston needed another second half rally. It all started with pace and point guard Galen Robinson Jr.

Corey Davis Jr. had 20 points, Armoni Brooks added 14 and No. 17 Houston rebounded from its first loss of the season to beat Wichita State 79-70 on Saturday night.

"The whole key was Galen," Houston coach Kelvin Sampson said. "These guys were eating, but Galen was the one feeding them. Our pace, those shots that you see those guys, we do a drill where we do 3-on-3 in transition. Those are the same exact shots. Galen is usually the one kicking it ahead or penetrating and throwing it back."

Robinson finished with a career-high 11 assists.

"I was pushing the ball," Robinson said. "(Sampson) thought that every time I pushed it something good happened. When I didn't, we weren't playing the way he wanted us to play. I made a concerted effort to push the pace and try to fly down the court and try to find whoever was open. When people finally make shots, you get assists."

Davis and Brooks combined to hit eight 3-pointers — seven in the second half — and the Cougars (16-1, 3-1 American) overcame a five-point halftime deficit for their 29th straight home victory.

"In the first half, (Armoni) was in the witness protection program," Sampson said. "I don't even remember, was he out there? He might as well have been sitting beside me. Look what he did the second half. That's why you stick with him. You have to know your players. That's why I believe in Armoni."

DeJon Jarreau had 13 points, and Fabian White Jr. added 12. Houston shot 57 percent in the second half and 49 percent overall.

"If the games were 20 minutes, we'd be pretty good," Marshall said. "We might be really good, but when they stretch out to 40 or beyond 30 tonight. ... Maybe we are the three-quarter Shockers instead of the half Shockers."

After Wichita State regained the lead at 56-55 on McDuffie's four-point play with 11 minutes remaining, the Cougars answered with an 11-1 run to take a nine-point advantage with 7 1/2 minutes left.

Wichita State got no closer than five the rest of the way.

Wichita State: The Shockers led for the majority of the first half and kept it close throughout the second half, but Houston forced Wichita State into bad shots in the second half and nine of its 15 total turnovers. The Shockers stayed in it due to 3-point shooting, hitting 9 of 24, and shot well from the free throw line, connecting on 83 percent.

"We got some transition baskets, which we haven't been doing, and executed pretty well," Marshall said about the first half. "We were able to execute through our transition or set play or our breakdown offense and got some pretty good looks."

Houston: The Cougars continue to play well in transition, with a 17-7 advantage in fast-break points and played well defensively, especially in the second half. Houston passed the ball well, with 17 assists on 25 field goals. Houston continued the trend of sluggish first halves before coming alive in the second half.

"If someone had asked me tonight if I would have taken a one-point win, are you kidding me? I would take a one-point win and figure what I was going to watch in my recliner tonight. Nothing else matters, just find a way to win the game." — Sampson on earning a conference win victory.

Houston: At SMU on Wednesday night.