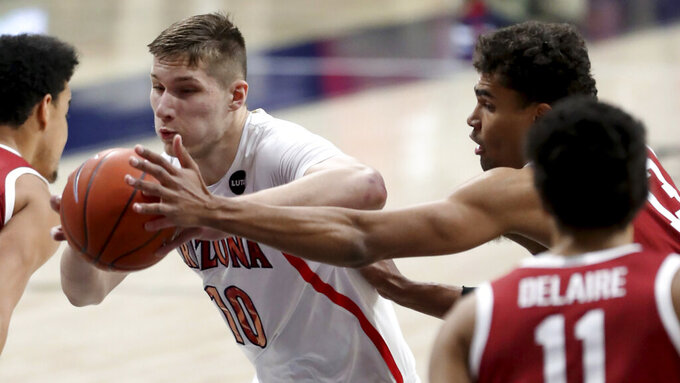 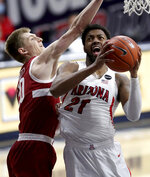 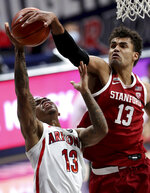 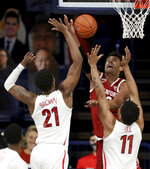 TUCSON, Ariz. (AP) — Jaiden Delaire tied his career high with 21 points, 14 in the second half, as Stanford rallied late to defeat Arizona 73-64 on Thursday night.

The win marked Stanford's first win at the McKale Center — and first sweep of Arizona — since 2008. The Wildcats are now 115-15 at McKale.

Delaire, Jones and da Saliva combined to score 19 points in Stanford's 20-8 late-game surge as the Cardinal broke away from Arizona.

Delaire made his last four shots from the field and added a pair of free throws with 45 seconds left to keep Stanford's lead at seven points.

Stanford outscored Arizona 34-14 on points in the paint in a game that was statistically nearly even otherwise.

Mathurin scored six in a 9-0 surge as Arizona grabbed a 51-46 lead at the midpoint of the second half. It matched the Wildcats largest lead of a game where — until the final seconds — they never trailed by more than seven.

Stanford plays next at at Arizona State on Saturday. Arizona is home against Cal on Saturday.