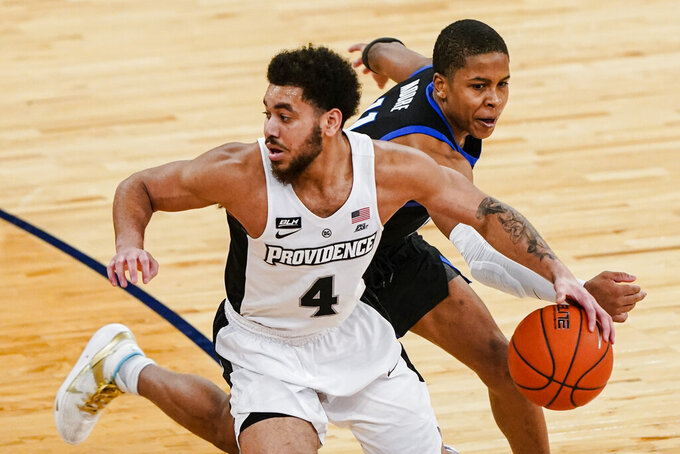 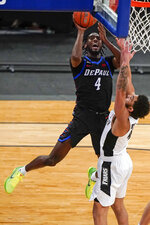 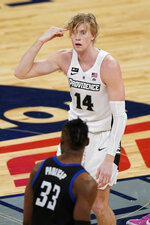 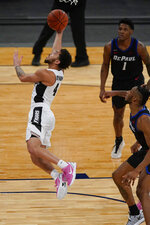 DePaul advances to the quarterfinals to face No. 3 seed Connecticut on Thursday.

As the No. 11 seed pulling up the rear of the conference during the regular season, DePaul (5-13) entered the tournament having lost nine of its last 10.

No. 6 seed Providence (13-13) was searching for the sweep of DePaul having beaten it twice during the regular season.

The Friars led 36-35 at halftime before DePaul used a 12-4 run for seven-point lead within the first 4 1/2 minutes after the break. Jared Bynum's jumper capped a 13-6 Providence run to knot it at 53-all with 8:04 left. Freeman-Liberty responded with a jump shot and DePaul led the rest of the way.

Nate Watson scored 18 points for Providence and Noah Horchler 17. David Duke, who went into the game averaging 17.2 points for the Friars, finished shooting 2 for 9 from the floor and scored seven points.

DePaul now is 4-12 all-time in Big East postseason play with a second-round appearance in 2009 and a quarterfinal appearance in 2014. Last year, the Blue Demons were poised to play in the quarterfinals after a first-round win over Xavier before the tournament was canceled due to COVID-19.