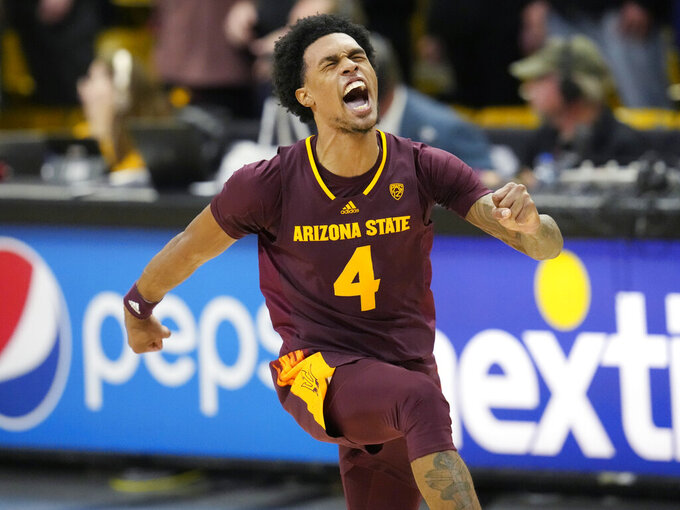 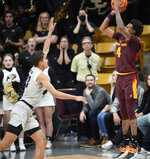 The Sun Devils took their final possession with 12.7 seconds to play. DJ Horne received the ball underneath and passed to Cambridge, who hit nothing but net from the left side of the arc.

Alonzo Gaffney, Desmond Cambridge Jr. and Devan Cambridge each made a 3-pointer during a 13-0 run as Arizona State took its first lead since early in the first half, 57-56, with 2:34 to play. Jalen Gabbidon answered for Colorado with a three-point play for a 59-57 lead with 2:03 remaining.

ASU's Warren Washington and Colorado's Tristan da Silva each blocked a shot inside the final minute. KJ Simpson missed a 3 for Colorado to end it.

Devan Cambridge scored 18 points to lead Arizona State (7-1, 1-0), which won for the second straight time in Boulder. Desmond Cambridge Jr. finished with 11 points. The brothers combined for four 3s, but the rest of the Sun Devils were 1 of 14 from long range.

Colorado took the lead five minutes into the game and closed the first half on a 14-5 run for a 15-point lead at the break. Simpson and J’Vonne Hadley scored four points apiece and Javon Ruffin made a 3 during the span. The Buffaloes led 56-44 with 6:07 to play.

Arizona State hosts Stanford while Colorado plays at Washington, both on Sunday.