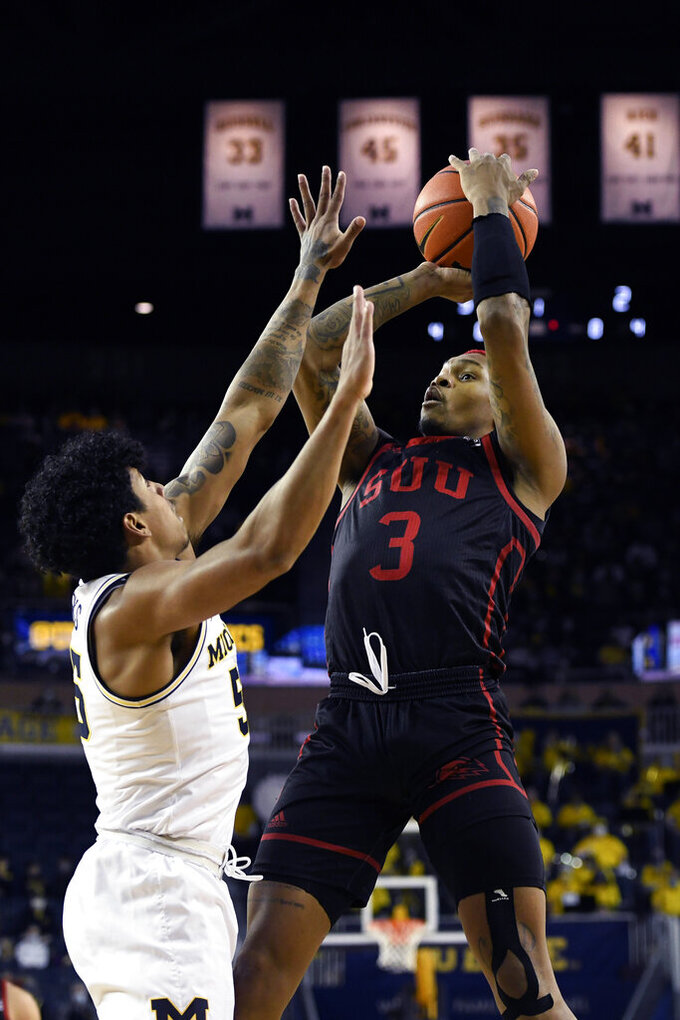 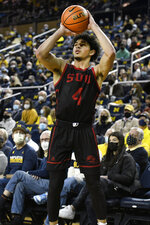 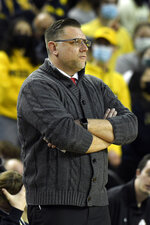 Dickinson was 11-of-15 shooting and had two blocked shots in 27 minutes for Michigan (7-4), which rebounded from a 10-point loss to Minnesota a week earlier. Devante' Jones added 13 points with three 3-pointers and six assists for the Wolverines in 22 minutes. Kobe Bufkin added 11 points off the bench.

Michigan went to its bench early after two first-half runs of 14-0 gave the Wolverines a 29-point lead with 2:12 to go before halftime. Michigan had 33 points off the bench as 12 of 13 players scored.

Dre Marin led the Thunderbirds (7-4) with 12 points, the lone player in double figures. Southern Utah took Cal to double-overtime before falling and then had won its next six before Saturday.

The Wolverines shot 56%, making 36 of 64, including 7 of 18 from distance. The Wolverines' made field goals were nearly double Southern Utah's 19 of 58. Michigan had five blocked shots to none and outscored the Thunderbirds 48-18 in the paint.